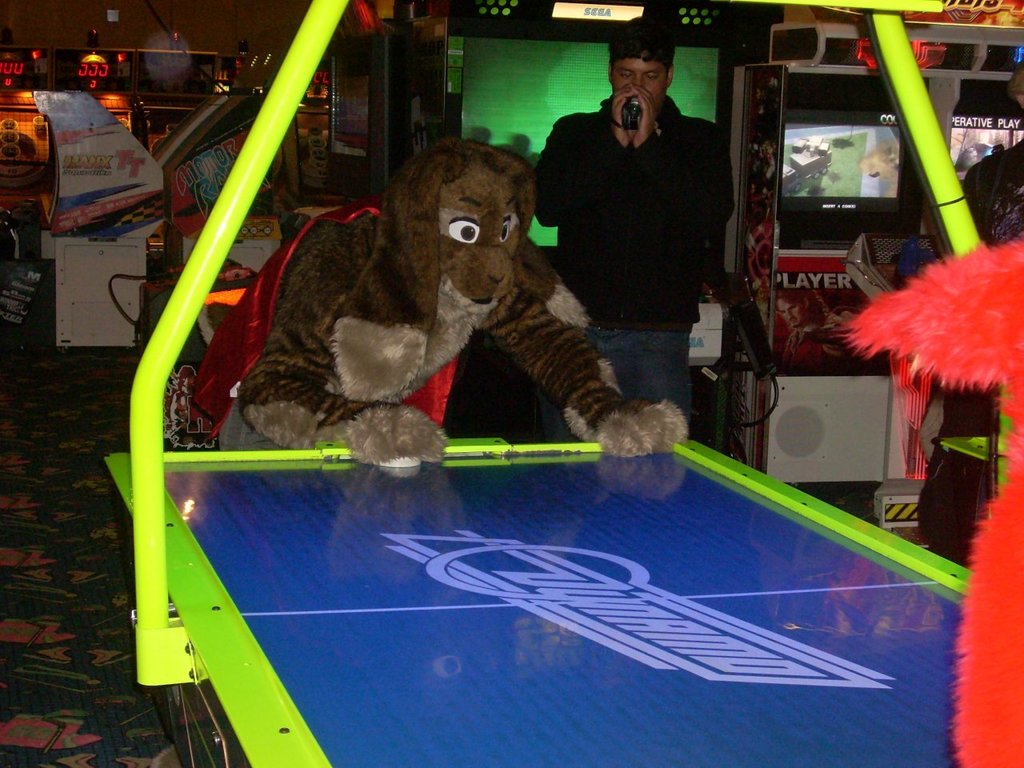 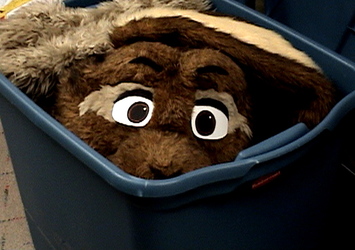 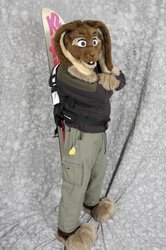 A pic taken by   frostcat at Rink Side tonight, as part of a quick fursuiting outing pre-halloween.

We didn't go into the rest of the mall because they had an "*" on their costumed trick or treat night. "12 and under only" The website never said that, nor did any promotional signs. We had handlers, and a full understanding on how to do it right. But, the problem is that a bunch of teenage MORONS put on masks and act like idiots. So rather than punish the few, the masses are punished instead.

This is why Halloween is less and less fun every year. Out of fear, places put more and more rules to squash the opportunity of those of us who actually can obey rules to have fun. That and with the whole "it could be a terrorist" mentality that's been gaining momentum year after year, anyone seen over the age of 8 wearing a costume is seen as a threat.

On one hand, I understand WHY these rules are in place. I really do. A couple of idiots wearing similar face-covering masks can really do some damage. But on the other paw, why is it that anyone who likes to play "dress up" well after they're double digit aged is not trustworthy? It's the whole "cover the face" thing, isn't it?

Ahh well < /soapbox > At least we had a good time at Rinkside. They let us come in, in full suit, play video games and have fun.

Unrelated, ever try playing air hockey in fursuit? Now I know what it must be like to get drunk and play air hockey, it was about as coordinated... I won, 7 to 4, but come on! I BARELY saw half my shots!