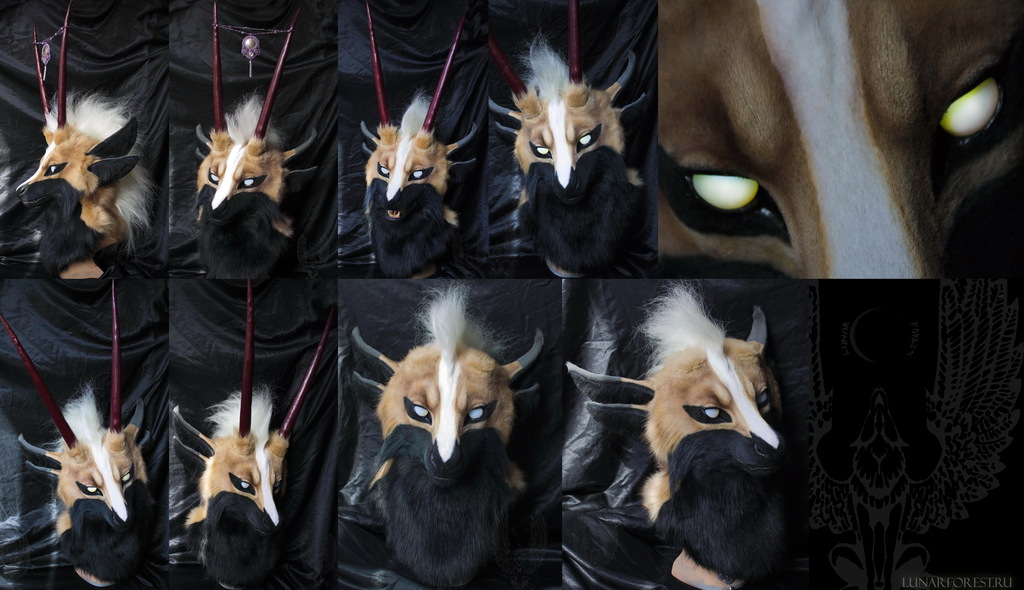 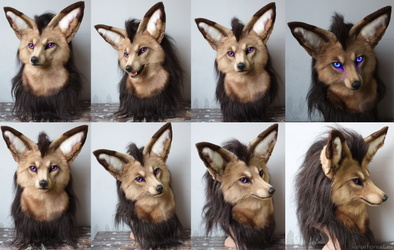 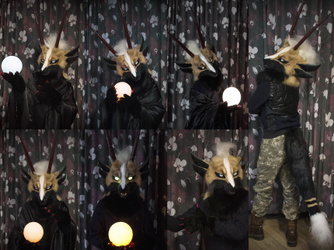 Who is it? The Dragon? Hybrid?

This is a chimera of the form Nekaiiya, it was created by one interesting artist who is the mother of not only a similar race, but she is author of character himself, whose name is Zhen.

An interesting fact: the inspiration for the color of these chimeras to author was.. it was foxes! Namely crosses (one of my favorites is cross fox).

He is the owner of huge chic horns (about half a meter) - my task was to find a plastic copy of horns Oryx antelope, which turned out to be a rather difficult task, because nevertheless it was the antelope components that were rare, and as it turned out, only one workshop was involved in this service, which volunteered complete this order. But the result was excellent. In the original, they were even larger, about a meter each.
Therefore, I had to agree to reduce the horns, because it was simply not possible to wear such a formidable jewelry in a fursuit.
But the difficulties with the horns didn’t end there, I had to install special mounts so that it was not only convenient to carry them, but also to come up with a removable system, otherwise it would be almost impossible to transport them.
As a result, as it happened by chance, this Chimera now has two appearance: full and light. And have soft 'plugs', the horns can be safely removed and worn without harm to head or its appearance.
Is it difficult to wear this? Rather a bit unusual, but the horns themselves, despite their impressive size, are quite comfortable and do not bring any discomfort.

As a result, thanks to such a complex system with horns, it was necessary to adjust almost the whole head of the creature under it, which would have come out without harm to its appearance. For example, on this head, lightning does not stand at back, but a little on the side, especially for the convenience of setting up all the mounts and installing horns.
And also he has a large magnificent sewn mane from a special very long fur by NFT.

Speaking of eyes. This time they also had to tinker extremely. These are the eyes of a chameleon - like those of Stellar. They shimmer and cast in bluish hues depending on source and light entering eye itself. Despite the fact that they generally look completely white without a pupil.