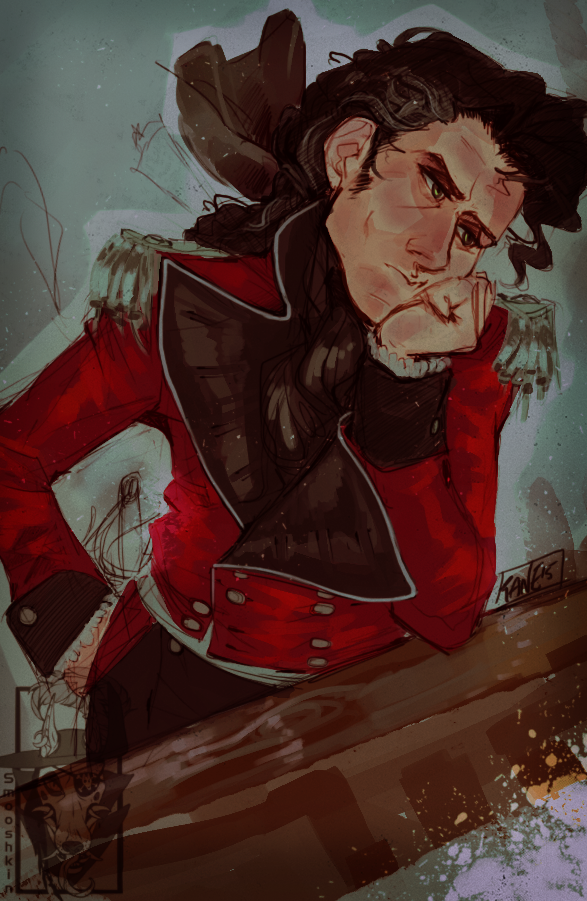 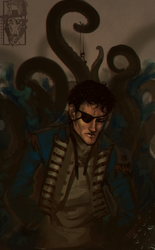 oops! Forgot to post this here too the other night.

A sketch of my precious French sailor loser. He's probably sighing because Lt. William senpai won't notice him. He's deeply romantic and a huge perv and gets upset easily. It could be anything. The steward burned my coffee..

Spammich and I came up with a sexy new plot for the RP in which he gets his plans foiled because the English thought he was all pro-Napoleon only to find out later he's an ally. UoU Poor mistrusted baby.