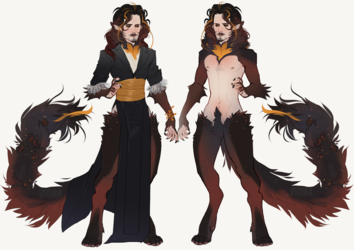 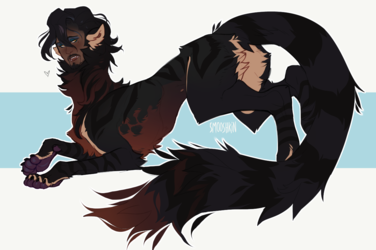 Cassim is the 'prince' of a pack from the southern Fablewilds full of Wildren descended from those who became just a little more cursed than the rest of their kind and took on more of the form of their Knightclaw allies. They're known as Wildclaws. Their kind is not particularly uncommon but they often choose to live outside of cities and are less commonly seen in populated areas with the exception of Ashneum.
Toyhou.se ▴ Patreon ▴ Twitter ▴ Tumblr ▴ Furaffinity