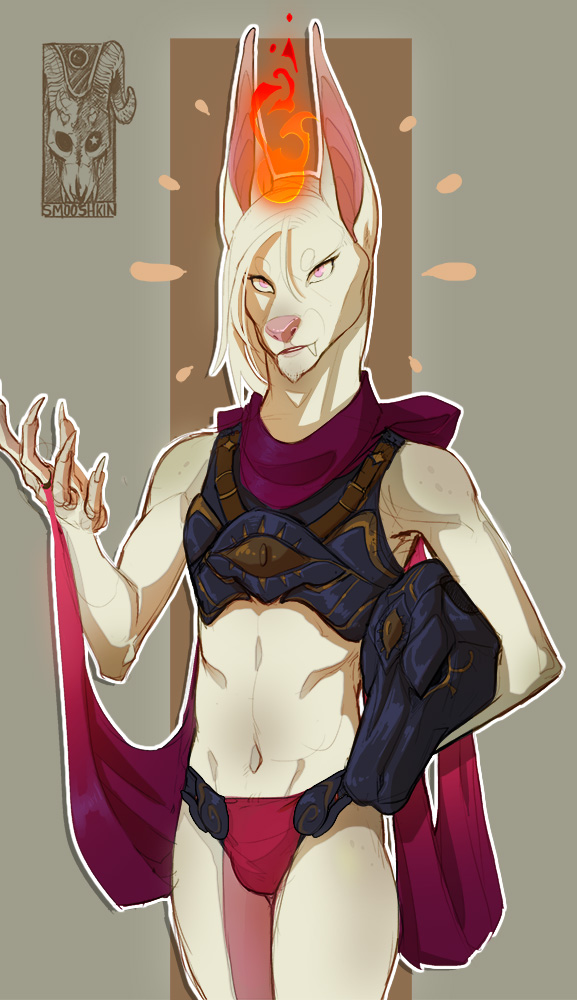 DA|FA
I don't update my anthro art on DA as often, woops.
Indra's faction is a warlike sect of Veilhounds that live in the deserts of an underverse. But that doesn't spare them from my slut mog magic.
I hid his horns because I didn't like how they fought with his upright ears so I will likely be changing what his horns look like at some point.