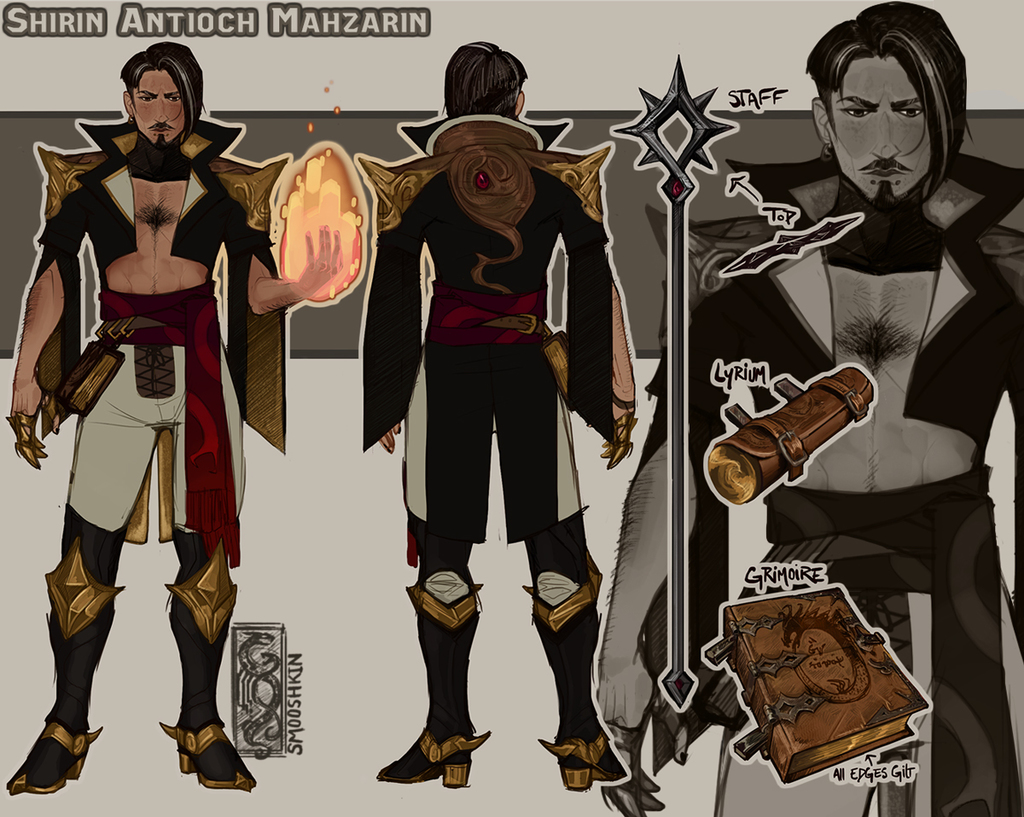 Tumblr
This looks like it wouldn't have been an all day ordeal for me but it was. XD Kill me. From 7 AM to about an hour ago. I spent a long time contemplating the Tevinter aesthetic to make his update aesthetically plausible in-universe but in the end I think it ended up more me-aesthetic. ROFL. But it passes, I hope! It's difficult, not having a lot yet for reference and having to go on what I see in my head which is probably a helluva lot more opulent and grandiose than what it actually is because I'm a glittering faggot.

Anyway... as I said on tumblr, Shirin and, indeed, Dragon age has helped me grow a lot artistically and I wanted to give him an update. ALSO. I have literally been laying miserably in bed asleep for four days because of a latent infection from earlier kidney stones and sitting up at the computer has had my flank screaming at me. I woke up feeling a lot better so was like wiggly fingers les do some fuckin ART.

If I hadn't been asleep for four days, I would have not had the patience for this reference at all. Nor would I be this talkative. I'll see myself out.