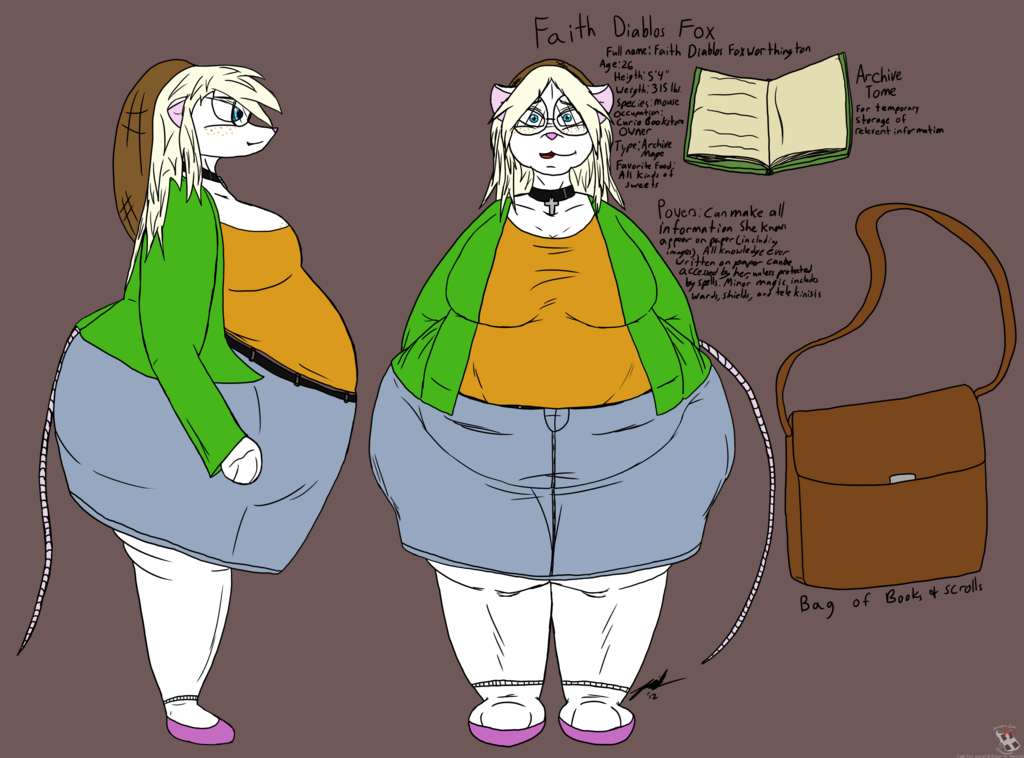 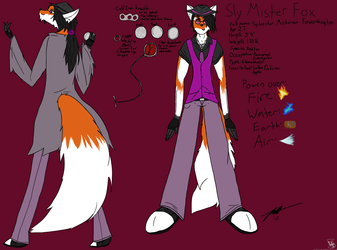 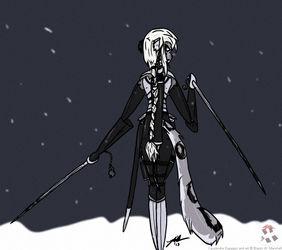 Powers: can make all information she knows appear on paper(including drawings and paintings), all knowledge ever written on paper can be accessed by her(except when protected by spells and safeguards). Minor magic includes wards, shields, and telekinesis.

Personality: smart, bookish, a little shy at first, kind, gentle, witty, a little sarcastic, fun, joyful, prideful for her husband, and protective of her friends

Likes: sweets of all kinds(mainly candies), her husband, Christianity, her job, her husband's culinary arts

Dislikes: evil, diets, her in-laws, those who rule the Archivists

weapons: her minor powers, can use Archive powers to create magical sigils, runes, and signs on scrolls in use of other types of magical powers she doesn't possess, and her wit(sometimes her weight too)

background: Faith was born and raised in a monastery founded by an hierarchical society known as the Archivists, a female run clergy in the high pursuit of all knowledge. Even at a young age she realized that those in charge were running a near dictatorship and wanting a different life she ran away on a shipping barge. It landed in Ketchican, Alaska where she ran into a kindly old mouse named Griffon McDougle, a book store owner. He took her in and adopted her as his own. He raised her and with her freedom of eating whatever she wanted, she grew wider with her growing height, but when she was in her early twenties, Griffon was tragically lost when hit by a car while walking across the street. She was grief-stricken for years until a certain Fox came into her store...