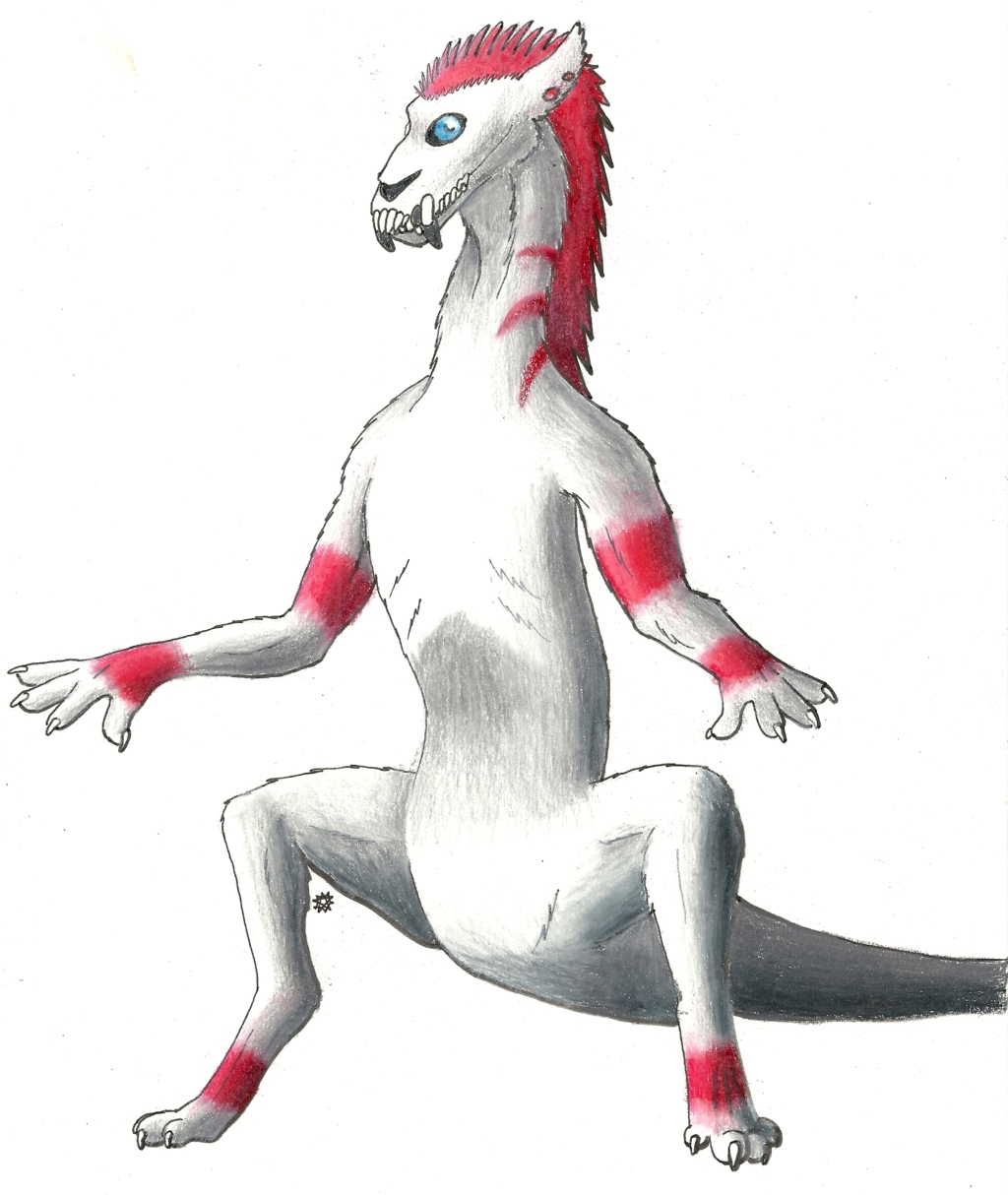 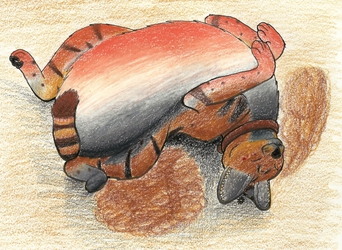 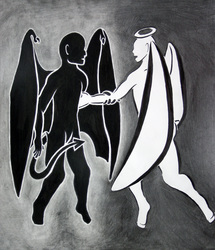 Antropromorphized version of someone's fursona. As I had no idea about the sexual and mammary anatomy behind the creature, I simply gave her an upright position, more humanistic proportions, and thumbs (because they're the shit). I also assumed, from the way she described it, that the tail is like that of dinosaurs, and attached it as such.

This is what happens when I get bored and am creeping on people's galleries.