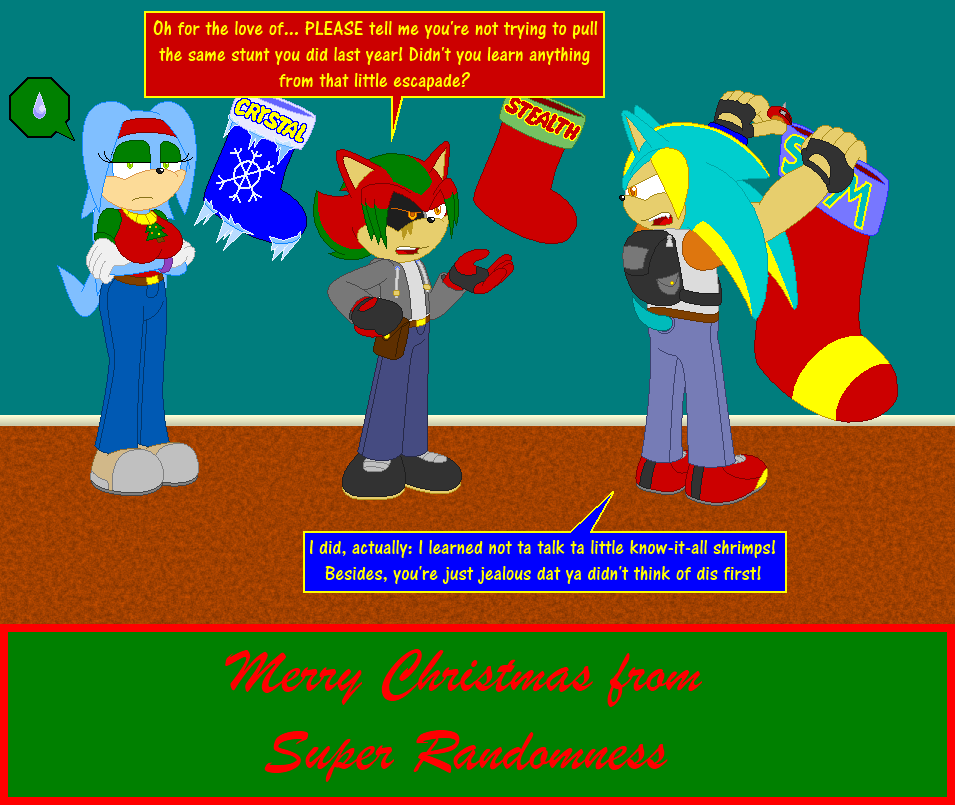 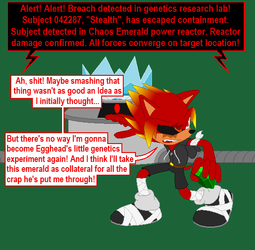 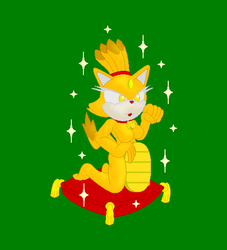 My Christmas submission for 2014. It's not as kinky as last years, but I hadn't drawn Slam or Stealth in a long while, and this was a good excuse to do so. You can even see that I've updated Stealth's design since last I've drawn him (NOTE: The green markings are NOT a part of Stealth's new design. They're still supposed to be yellow, but he dyes them green for the holidays). I'm actually working on a new character reference sheet for his new design, so keep an eye out for that.

In any case, It's Christmas time in Super Randomness once again! Everyone is excited and is working hard to prepare for Santa Matt's yearly ride to deliver presents to all the good little children of the Zones (NOTE: Super Randomness doesn't have an actual Santa Claus, so Matthew takes up the responsibility in his stead). In the Commons area of the Random Labs Tower dormitory, Slam, Stealth and Crystal are hanging their stockings. However, Slam seems to be expecting quite the haul this year, if the size of his stocking is anything to go by.

Slam: (pins stocking on the wall) "Dis is da most brilliant plan I've ever come up wit'! A Bigga stockin' means more room for da Boss to leave me goodies and snacks!"

Stealth: (facepalm) "Slam, you already tried this stupid stunt last year. It didn't work then, so what makes you think it's gonna work this year?"

Slam: "It didn't work last year cuz da Boss wasn't da one deliverin' da presents back den; it was dat frosty floozy of a girlfriend of yours..."

Slam: "...But dis year I can feel it! I know for sure it's gonna work! Besides, yer just jealous dat I came up wit dis idea an you didn't."

Stealth: "Okay, one: you're "brilliant scheme" isn't as brilliant as you say it is. Heck, any five year old with a brain cell in their head could think of it. And two: even if it does work, you have to be on the nice list to actually get anything other than coal! What makes you think you're even being considered for anything other than a stocking full of coal?"

Slam: "HEY, YOU SWORE YOU WOULDN'T SPEAK OF DAT AGAIN!!! HOW MANY TIMES I GOTTA TELL YOU DAT IT WAS AN ACCIDENT, YA STUPID SHORT-STACK!!!"

Stealth: "WHO ARE YOU CALLING SHORT-STACK, GRAVEL-FOR-BRAINS?!?!"