Stealth Vs. King Boo by slam422 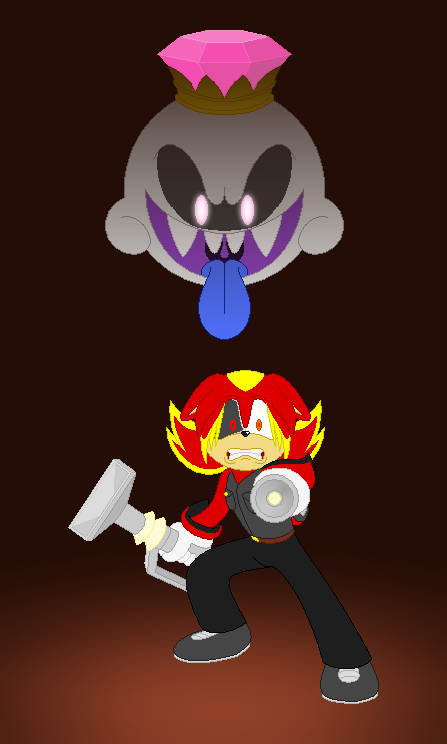 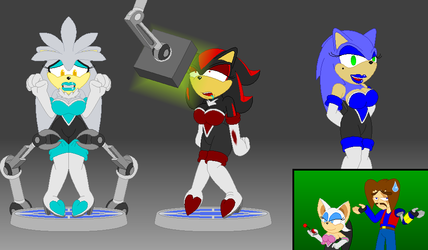 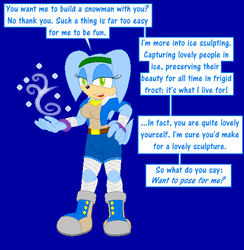 Made this back during the hype for Luigi's Mansion Dark Moon. My character, Stealth, being taunted and toyed with by King Boo.

Stealth stood paralyzed in fear, pointing his flashlight into the dark corridors of the creepy mansion. He could hear him, that ghastly King Boo & his insidious cackle coming from all around him. He knew not where the demonic spirit was, nor where he would pop out next, but Stealth knew that with the power of the Shadow Emerald that he stole that this fight would be his greatest yet.

"Ahahahahahaaa!" came King Boo's maniacal laugh as he mocked Stealth, "Poor little hedgehog, so lost & confused. You enter my dimension, stumble into MY domain, and now you presume to command ME?! It is but to laugh!"

The sound of King Boo's laughter & voice drew ever closer. Stealth's panicked expression became even more prominent as he shone his flashlight left & right, hoping to catch King Boo in it's strobe function just out of pure luck. Stealth backed up a bit, but freaked as he bumped into something. Stealth quickly turned around and flashed the strobe on pure instinct, but when he did he was releived to see it was nothing more than an end table with a vase on top of it.

"Hehehehehee," came King Boo's laughter again, prompting Stealth to raise his light & ready the Poultergust's hose, "You're so scared right now even a vase looks like a ghost to you! You are so easy to scare it's not even funny... Ah, who am I kidding: IT'S HILARIOUS!!!"

The vase on the end table next to Stealth started glowing with an eerie light, and began to levitate. Stealth turned around just in time to notice it & ducked out of the way as King Boo used his ghostly powers to fling it at him. Shining his light on the vase, Stealth could only take in the sight for a moment before a chill ran up his spine, freezing the hedgehog in his tracks in fear once again as King Boo materialized behind him; his eyes & crown glowing menacingly.

"You think that the Poultergust 5000 strapped to your back is enough to defeat me, don't you? Even with the modifications your friend Matt has made to it, the power of your so-called "Shadow Emerald" has granted me strength beyond my wildest dreams! I now possess more power than even "Lord" Bowser himself, so I have no reason to fear anything anymore, not even your meager household cleaning device! With the Emerald's power I shall raise an army of the undead and drain the life from this world; ruling over it as a god of death! And why stop with just this one?! All of existance is my oyster, and I will pluck the pearls from it one by one untill all of reality becomes part of my demonic domain! Of course, all such things must begin with a single step, so I have decided to make you MY first step to interdimensional conquest! PREPARE TO JOIN THE RANKS OF THE DEARLY DEPARTED!!!"

King Boo, the Poultergust 5000 & Luigi's Mansion as a whole is ©Nintendo™

Stealth the Hedgehog belongs to me