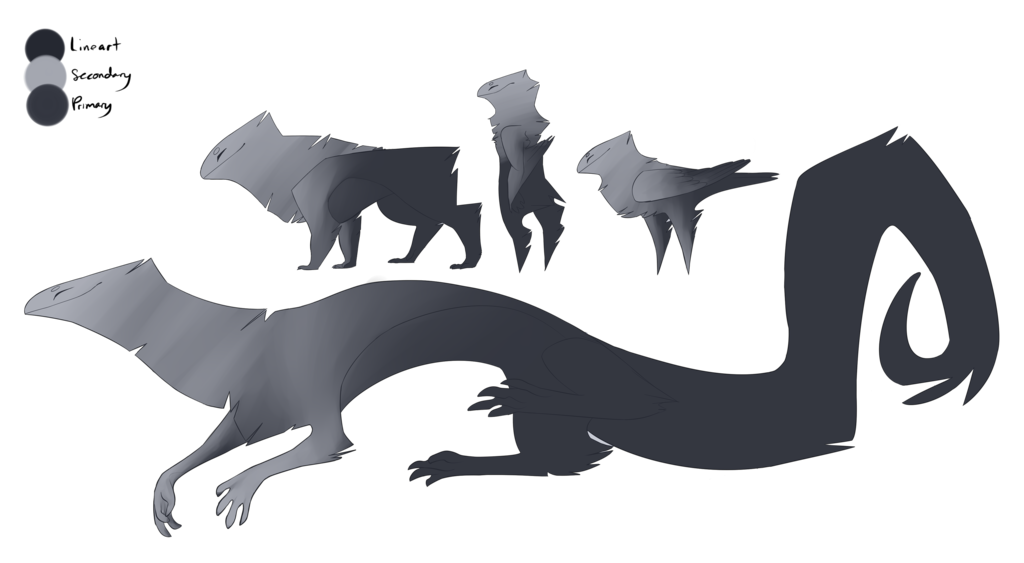 Name: Thunder
Species: Feral Shapeshifter
Gender: Female
Orientation: Pansexual
Likes: Flying machines, hot chocolate, slapstick comedy, sarcasm, collecting intricately crafted weapons
Dislikes: Passive-aggressiveness, not having something to say, peanuts, falling,
Personality: A generally quiet demeanor but is not afraid to say what she thinks when necessary. Despite being in her bipedal form for most of the time for its practicality, her knack for finding things to bump into follows her even in that form. She loves to draw, fly both under her own power and in aircraft, but most of all loves sleep.
Zodiac: Virgo
Birth Date: September 3
Height of Biped Form: 5'4"
Weight of Biped Form: 95 lbs