From Dragon to Dile by Skokul-Teh-Dragon 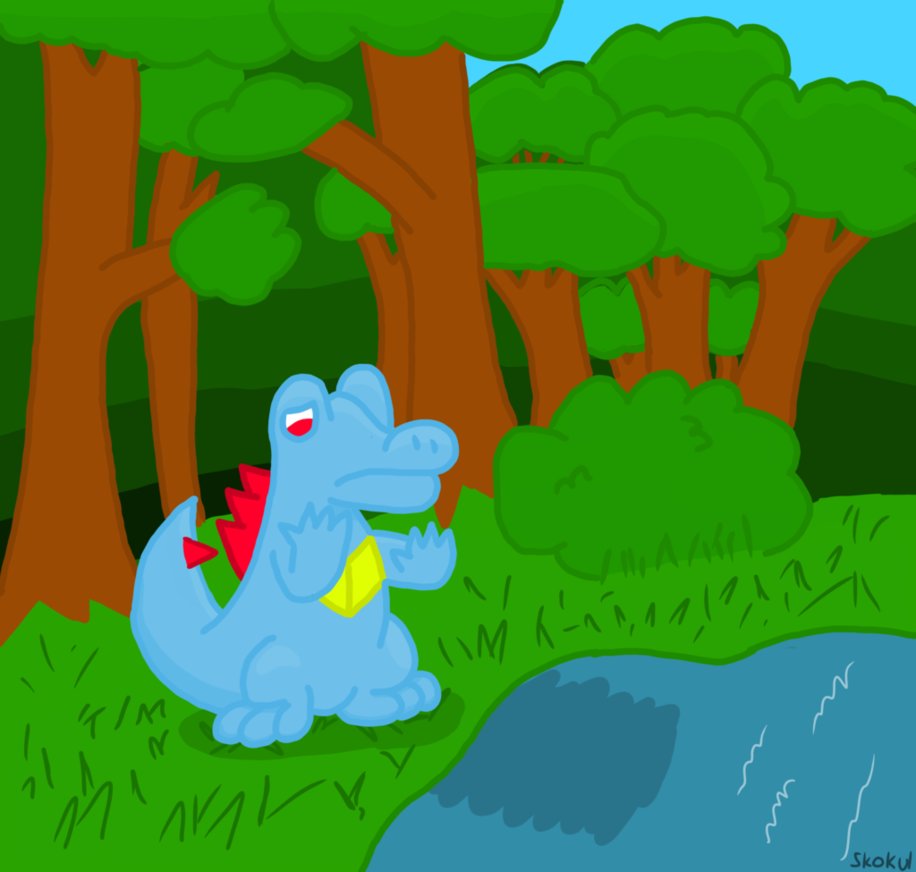 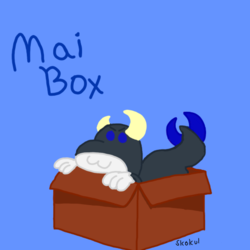 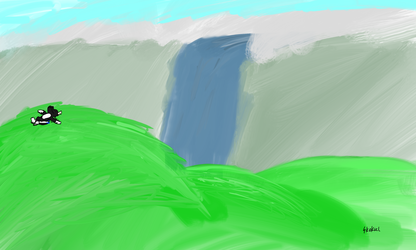 From Dragon to Dile

Deep within the heart of a great forest lies a sacred pool untouched by any. The pool held mysterious power, as it was believed to take those to a whole new world.

With an instinct to explore, and a loss bet, the headstrong dragon Skokul traveled out to the forest in search of the sacred place. With a map of the woods and a granola bar, he set out to look. For the most part, he had stuck to the main path, easy enough to follow. Taking a walk through the woods on such a nice day brought peace to the dragon. The sun was high in the sky, casting down it’s warm rays on the cold-blooded drake, the fresh smell of plants, it was rather serene to say the least.

As the path on brought him further and further in, the forest began to slowly alter. As if by magic, it began to form a loop behind the dragon, preventing him from turning back around, it couldn’t let him, not when he was so very close. Even still, the dragon remained oblivious to the changes, as he was set on finding this pool. Eventually, the path continued no further, ending at a sign post marked, “End of Trail.” Frowning, Skokul crumpled up the map and threw it away, and pulled out the granola bar, eating it up quickly while he pouted.

However, the forest could sense the dragons dissatisfaction, it began to shift more. As he ate, a gentle breeze blew against his back. Odd, as there wasn’t any wind before, nor this strong for the area. Turning around, Skokul was met with yet another path, one that was grassy, and covered by thick leave clusters and bramble. But, where did it come from? It was not there prior, almost as if it appeared from thin air. Regardless, Skokul knew he had to go down it, something was calling him forth. He stood up, brushed off the grass stains on his scales, and headed down, having to close his wings as to not get pricked.

The path winded back and forth, up and down, and dragged on for what felt like hours. Skokul had to climb, jump, crawl, and run through just to keep going. He was cut, dirty, bruised, his legs ached and his arms trembled, his breathing heavy and persistent. He wanted to give up, turn around, but then he’d just have to do it all over again, and he was so very tired. His eyes weighed heavily, his legs buckling slightly with each step. If he didn’t rest soon, he would black out. But, when it seemed like he was going down, the path finally opened up into a clearing, with sun shining down onto the green grass, with trees surrounding it on all sides: and in the center lay a pool of crystal blue water. Without hesitation, the dragon rushed forward and fell to his belly, skidding up to the waters edge, and dunking his face in. The water was so clean, and cold, he could not contain himself as he started to suck it in, swallowing gulp after gulp. Only thing that stopped him from drinking the pool dry was his need for oxygen, throwing his back and panting heavily, liquid jiggled inside his stomach. He felt slightly re energized, and took a look at his full belly, finally taking notice of how dirty his scales were. a quick dip wouldn’t hurt?

He gently lowered his feet and legs into the water, touching down on the rocky floor, the water coming up around his waist. He waded into the center where he finally lowered himself until his head was the only thing above. The dirty and mud and grass stains, seemed to peel off of him, and vanish entirely, the pool never losing that blue color.

The forest had him right where it needed him. Without warning, something felt as if it had grabbed Skokul’s tail. The dragon turned but was quickly dragged down under. The pool had become something the size of an ocean, as water surrounded him on all sides. Deeper and deeper he was pulled, thrashing desperately to escape. His lungs felt as if they would combust, his vision blurry in the deep blue. Air started to escape from his nose and mouth, he needed air, badly.

Then it was gone, and he could breathe again. His vision returned to normal, and he could see the sky. Relief flushed through his system, as he took in as much air as he could. Eventually, he decided to get up, but, was met with difficulty. Flailing, he found that his legs felt shorter, and he couldn’t feel his wings against the grass. Rolling over, he pushed himself up onto his feet, and caught a glimpse of his arms. They were blue, and stubby! In fact, his whole body was blue. He felt along his muzzle, realizing it was now a long snout, with the end being rounded out. His tail had grown smaller, with a red spike sprouting up.

By now, the “dragon” had recognized the familiar traits. Behind him was the pool, and he rushed over to gaze into his reflection. Instead of his usual draconic features, Skokul was met face to face with a Totodile. He examined his snout further, opening and closing it, examining his dagger like fangs and teeth, flicking his tongue. He didnt look anything like his old self, no flames, no tail blades, he was one to one creation of a Totodile. How could this of happened? None the less, he needed to get as far away from that Pool as he could, maybe he could reverse this transformation back home.