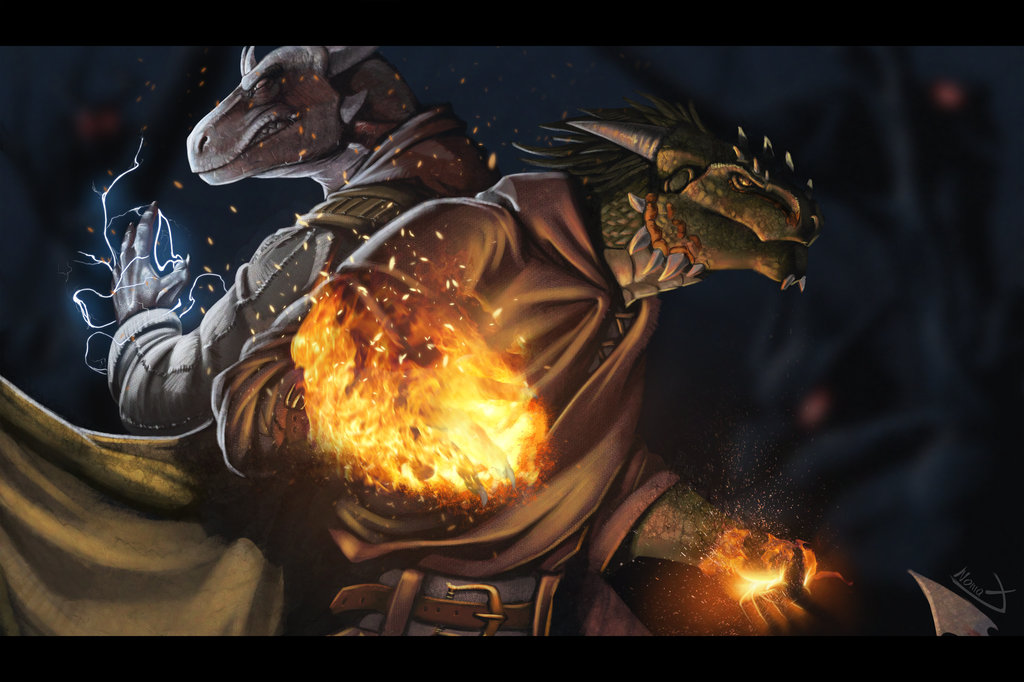 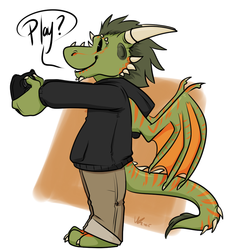 It's bound to happen eventually. Whenever you're out adventuring with one of your mage buddies you'll eventually find yourselves in an area that you're not familiar with... usually at night as well. You're eventually going to run into something that doesn't like you. It's a given at that point. XD

As such this happens to be the case here with Onyx and Skal. They've stepped into something, that's for sure what with all those silhouettes and red eyes. Is it just a simple pack of wolves, or could it be the dremora scourge from a nearby oblivion gate? Well, that depends on which time period they're in I suppose. XD

Awesome job by Nomax on this one! He delivered way beyond mine and onyx's expectations and his prices are stellar. BD If you done commission him then at least watch him. He puts out some awesome work! ^.=.^

Fun Fact: Onyx here is a longtime gamer buddy of mine. We used to tear shit up back in BF3 with the MBTs; he'd drive and I'd gun/rep. We ended up losing contact with one another for roughly a year or so until one day he randomly clicked on my avi after I had commented on one of his commissions. He saw my GT that I have listed on my page and BAM! That's how I figured out that one of my best friends was a fur! Then we decided to do this image. XD

PLEASE DO NOT USE, ALTER, OR REDISTRIBUTE WITHOUT PERMISSION!