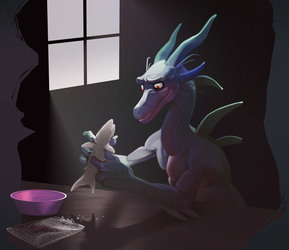 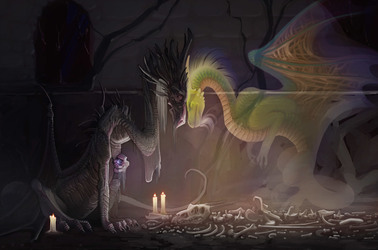 Seeming to be merely redundant at first, this was originally my least favorite prompt.
Until the idea came around to make it meta.
Show dragons fighting about fighting!

By completion it became one of my favorites.

By this point in the month I was exhausted, my perfect score was long gone, and this picture had seduced me with its intricacies.
As a result, it took longer than 1 day to complete.
Far, far longer.

Since there was no official prompt list this year,
I decided to combine this one with this one.