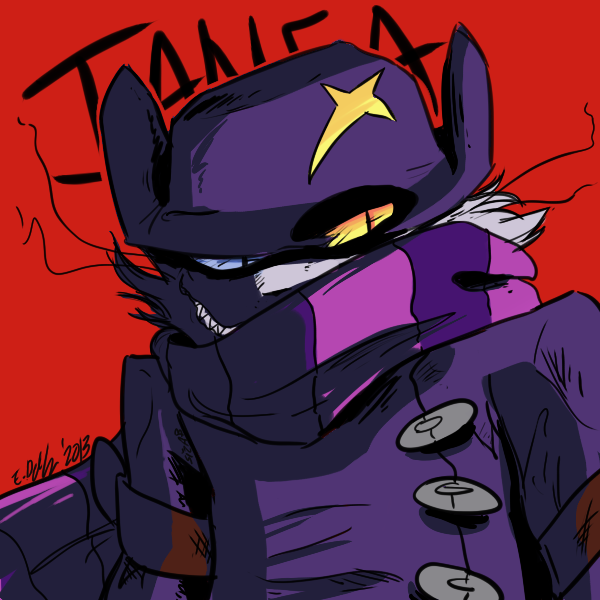 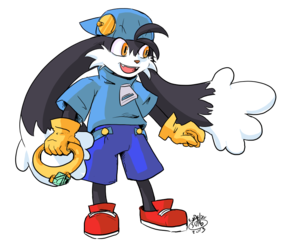 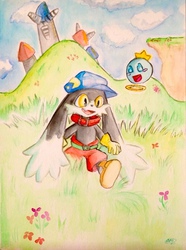 Here is Janga, otherwise known as Janga of the Poison Claws. He's an assassin who is very rude-tempered, foul-mouthed, and (allegedly?) also an alcoholic. He's also a horrible coward. :'J

Janga is one of the 3 main antagonists of Klonoa Heroes, a Game Boy Advance spin-off of Klonoa that was never released outside of Japan. However, that doesn't mean ROMs haven't been circulated through the internet. Unfortunately, there has been no effort to release a fanmade translation of the ROM.

Art is mine!
Janga belongs to NAMCOBANDAI