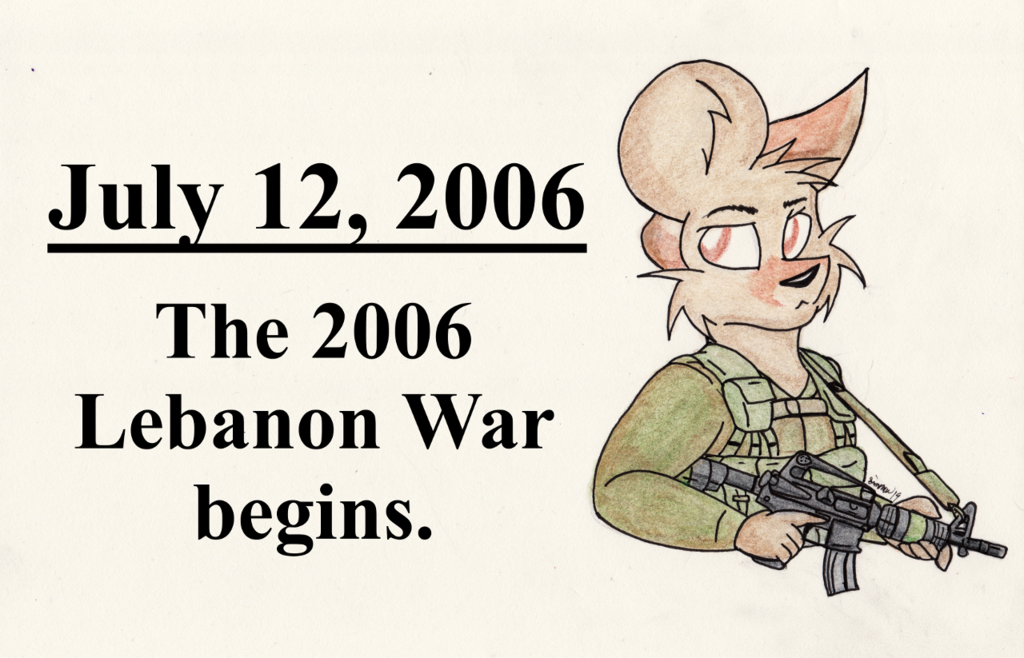 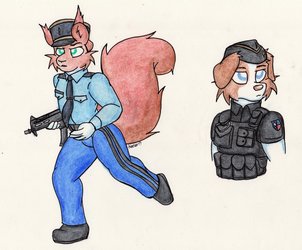 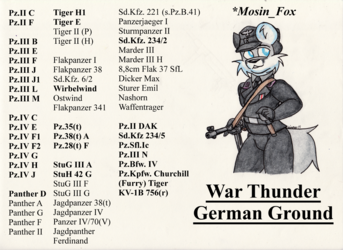 On July 12, 2006, the 2006 Lebanon War (also known as the 2006 Israel-Hezbollah War, Second Lebanon War, and the July War) begins. At approximately 9 AM on that day, Hezbollah (an Iranian-backed militant and terror group) launched a rocket attack on Israeli targets to serve as a distraction as another Hezbollah force conducted an attack on an IDF (Israeli Defense Forces) patrol on the Israeli side of the Israeli-Lebanese border. During the attack, three of IDF soldiers were killed and two more (First Sergeant Ehud Goldwasser and Sergeant First Class Eldad Regev) were captured by Hezbollah and taken back into Lebanon. A small Israeli force attempted to pursue the Hezbollah force after establishing contact with the lost patrol, but was forced back after suffering heavy casualties including four tank crewmen killed after their Merkava struck a mine and a further soldier killed while attempting to recover the bodies.

Israel responded to the attack by claiming it to be an act of war endorsed by the Lebanese government as Hezbollah had operated out of Lebanon and had positions within the government at the time. The IDF also launched artillery and airstrikes against multiple targets with Lebanon beginning that same day. A ground invasion by Israel was also launched as well as a naval blockade of Lebanon. Hezbollah responded with increased rocket attacks against Israeli targets and strong resistance against IDF forces.

On August 11, UN Security Council Resolution 1701 is passed unanimously by the members of the United Nations Security Council. This resolution set terms for a ceasefire between the warring factions. Among the terms issued were the release of the two captured IDF soldiers from the beginning of the conflict, withdrawal of Israeli forces from Lebanon, disarmament of armed groups in Lebanon (including Hezbollah), and the deployment of the Lebanese Army and UNIFIL (United Nations Interim Force in Lebanon) to southern Lebanon. It was accepted by the Lebanese government on August 12 and the Israeli government on August 13. The Israeli blockade of Lebanon was finally lifted on September 8.