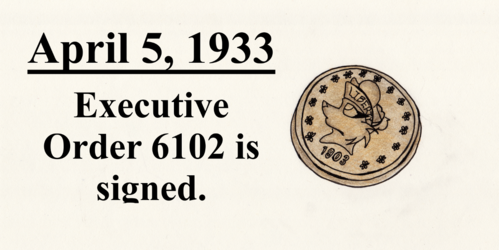 On March 29, 1911, the United States Army adopts the Colt M1911 as its standard service pistol. Designed by John M. Browning, the Colt pistol defeat such competing designs as the Luger and Savage M1907 in US Army trials. The pistol was a response to the disappointing performance of .38 caliber Colt M1892 revolver and a desire for a more modern handgun. The .45 ACP cartridge offered improved performance and the semi-automatic design and 7-round magazine offered a greater rate of fire and greater capacity to the pistol's predecessors. Later adopted by the other branches of the US military, the M1911 would serve as the standard issue pistol of the US Armed Forces until its replacement by the Beretta M92 in 1986. Over the course of its service, it would see some minor changes and improvements, including those which resulted in the M1911A1 variant in the 1920s (such as a lengthened grip spur, shortened hammer spur, and an arched mainspring housing). Even after its replacement, the M1911/M1911A1 continued to see service with such units as USSOCOM and Marine Expeditionary Units.

Outside of the US military, the M1911 was also adopted by the Norwegian military as the Kongsberg M/1914. The pistol has also seen service with such nations as Bangladesh, Greece, the Philippines, and Taiwan. A number were also purchased and field by the British in .455 Eley during World War II. The pistol has been popular with lawmen and outlaws alike being used by such people as John Dillinger, "Baby Face" Nelson, and the FBI Hostage Rescue Team. It has also been and remains popular with civilians, especially in the US, as a self-defense and competition weapon and for its historical and cultural connection to the United States.