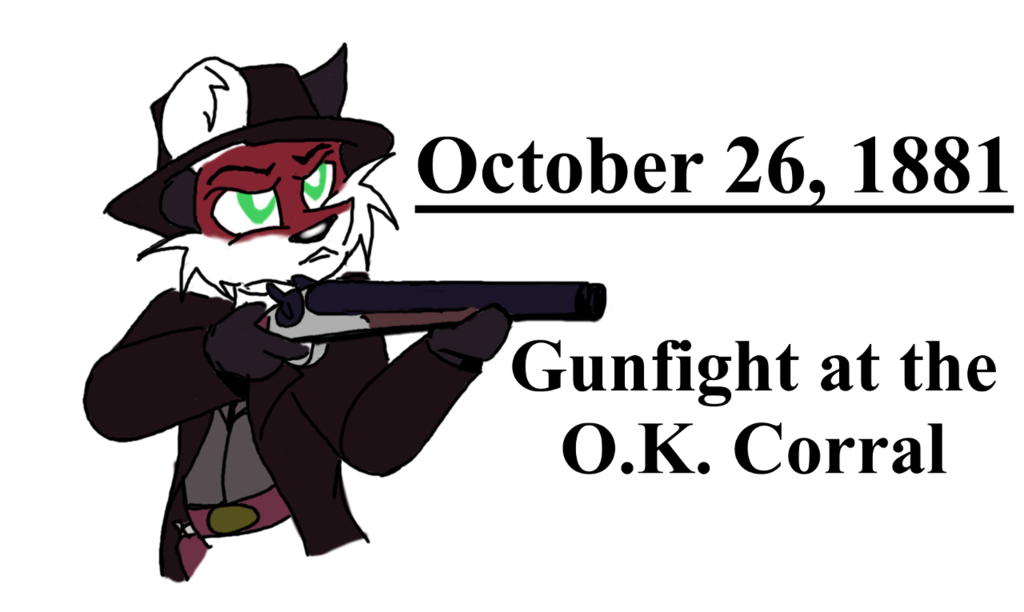 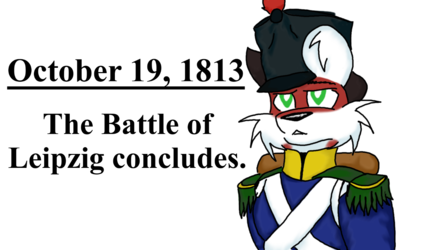 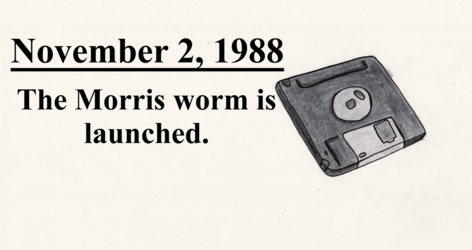 On October 26, 1881, a gunfight broke out in Tombstone, Arizona, near the O.K. Corral. Tensions between lawmen Virgil, Morgan, & Wyatt Earp and a faction known as the Cowboys (including the Clanton & McLaury brothers and Billy Claiborne) had already been growing when things came to a head on that fateful day. Ike Clanton had been armed within the town's limits, in violation of a local ordinance prohibiting the carrying of weapons. He had also been looking for a fight with one of the Earps and/or their friend Doc Holliday and, in order to avoid such a fight, Virgil Earp pistol-whipped him from behind and arrested him. During his court hearing, in which he was fined for illegally carrying a weapon, Tom McLaury was waiting and carrying a poorly-concealed revolver. He was soon pistol-whipped and left unconscious by Wyatt Earp after denying he was carrying a weapon.

Meanwhile, Billy Clanton and Frank McLaury arrived in town after receiving word that their brothers were in trouble. As the Cowboys prepared for a fight by loading up on more ammunition, Virgil Earp borrowed a double-barreled coach gun from the Wells Fargo office and gave it to Holliday. The Earps and Holliday soon walked out to confront the Cowboys; however, they were not necessarily expecting a fight as they were lead to believe the Cowboys had been disarmed by Tombstone's Sheriff Behan, who was known to be sympathetic to the Cowboys. Unfortunately they were not and, upon seeing the armed men, Virgil Earp ordered them to put their hands up and surrender their weapons. Frank McLaury & Billy Clanton react by drawing their guns and readying them to shoot the lawmen.

The first two shots happened practically simultaneously. Billy Clanton had taken aim at Wyatt Earp while Wyatt Earp, knowing Frank McLaury's reputation as the better gunman of the two cowboys, drew a bead on him. Billy missed his shot, but Wyatt hit his mark, leaving Frank gutshot. At the same time, Tom McLaury moved behind his horse and reached for his hip (though there remains debate over whether or not he was actually armed at the time) and Doc Holliday moved to engage. Holliday moved around the horse and shot Tom McLaury in the chest, killing him. Holliday then tossed the shotgun aside, transitioned to a revolver, and focused on Frank McLaury & Billy Clanton. Billy had already been hit and, after failing to retrieve his rifle from his horse, ran across the street before collapsing

By the end of the battle, the McLaury brothers and Billy Clanton had been killed. Virgil and Morgan Earp as well as Doc Holliday had been wounded. Only Wyatt Earp walked away from the fight without a scratch. As for Ike Clanton and Billy Claiborne, they had been unarmed and fled when the shooting started.