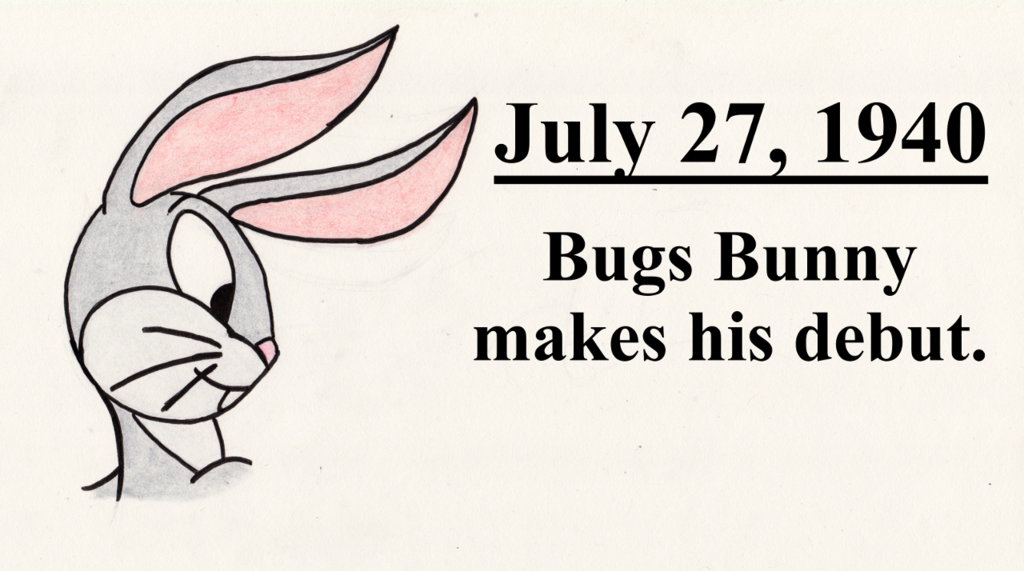 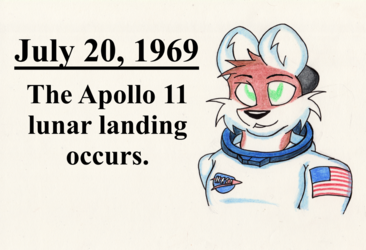 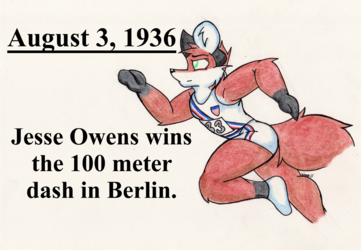 On July 27, 1940, Bugs Bunny makes his debut with the release of the animated short A Wild Hare. While similar rabbit/hare characters appeared as early as 1938, the 1940 release marked the debut of the definitive Bugs Bunny character complete with attitude, voice (courtesy of renowned voice actor Mel Blanc), and "What's up, Doc?" catchphrase. A Wild Hare was nominated for Best Cartoon Short Subject at the 13th Academy Awards.

Bugs Bunny quickly became one of the most popular cartoon characters, retaining his popularity to the present. He has become the mascot of Warner Brothers. Bugs Bunny would also feature in numerous propaganda pieces during World War II and was even made an honorary United States Marine. Bugs also feature on a number of US military aircraft as a mascot during the war. Over the course of his nearly eight decades long career, Bugs Bunny has retained his popularity and fame. He has appeared in numerous television series, animated shorts, and feature-length films to this day. He also has a star on the Hollywood Walk of Fame (the second animated character to have such with Mickey Mouse being the first).