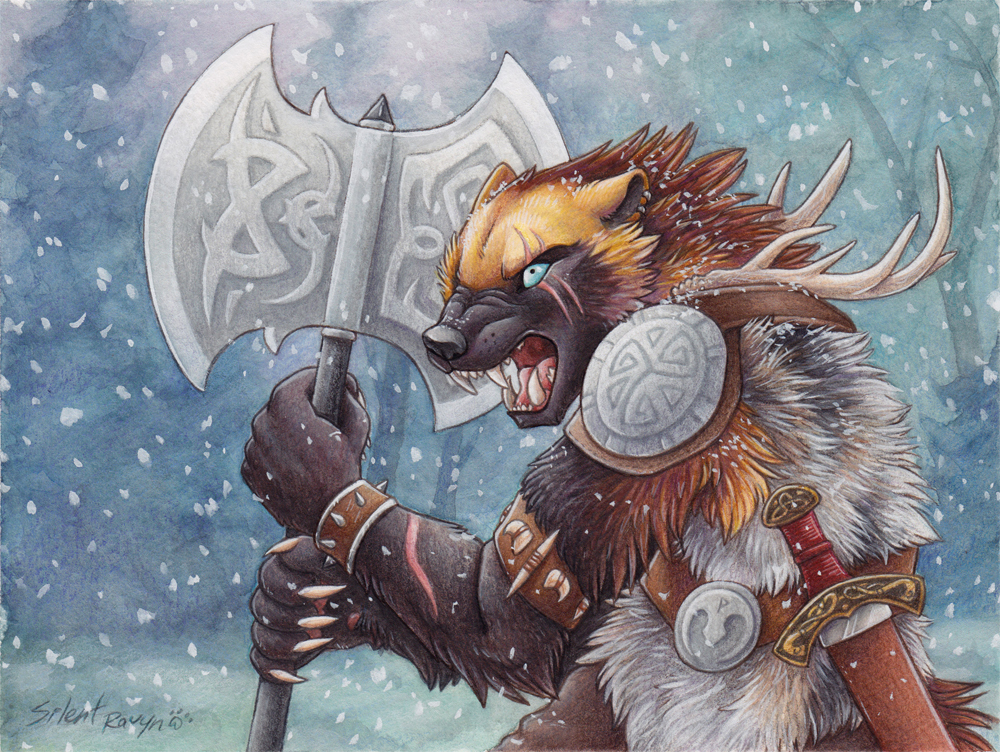 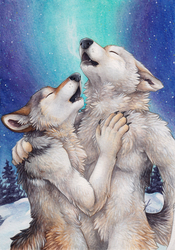 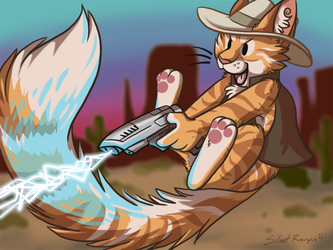 Viking berserkers were warriors who fought with an uncontrollable trance-like fury and almost superhuman strength, ploughing down anything that came in their path. I figured there was no better animal to represent this than the ferocious wolverine, which conveniently also inhabits viking territory. (and I just wanted an excuse to draw one!)

Berserkers were known for wearing bear and wolf pelts, to help strike fear into their adversary. In the anthro world, this can only be more sinister as the pelts may be those of their fallen enemies.

Anyway, this was done to celebrate Anthrocon's theme this year. I LOVE vikings and couldn't resist doing artwork inspired by this. It's a bit of a change from my usual style, but I had a ton of fun with this and might like to do more fantasy stuff in the future.

I won't be attending the con, but this and a few other artworks will be for auction in the art show.

Prints of this and my other artworks are available on my website here: http://www.foxwolf.ca/gallery.php