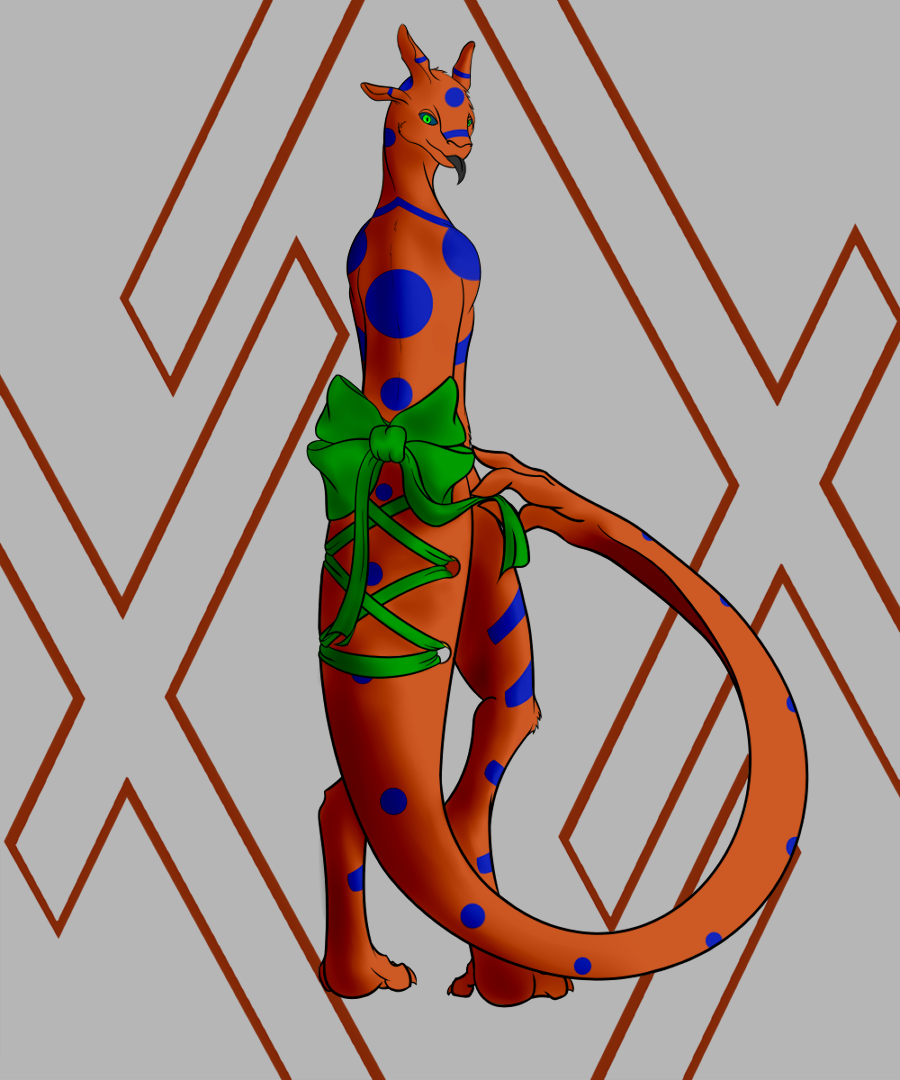 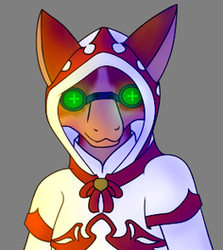 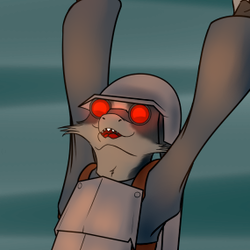 And here we have another Nixiris. This one showing a bit more color than Ravi.

As previously mentioned the Nixris are naturally completely white, devoid of any other color. This has brought about a rather booming dye industry. Most dyes will fade away in about a months time, but there are many that last for longer or shorter periods of time. The month long dye though is by far the most popular; as Nixris bodies will normally shift between a more masculine or feminine hormone level on a monthly basis. This allows them to change things up should they feel like it.

The dyes are used in varying amounts and can be in applied in almost any shape and design. Their short white fur takes to it easily and their are about as many dye removing compounds as dyes. In the end the coloration comes down to personal preference.

Besides the dyes though the second most used form of decoration is jewelry. Piercings are fairly common and tend to be on the hood of the tail. While ear piercing aren't unheard of they are rarer than one would think. Other than piercings, bracelets and necklaces are the only other rigid form of self decoration. Though fabrics used as bows, scarfs, and the like are much more prevalent.