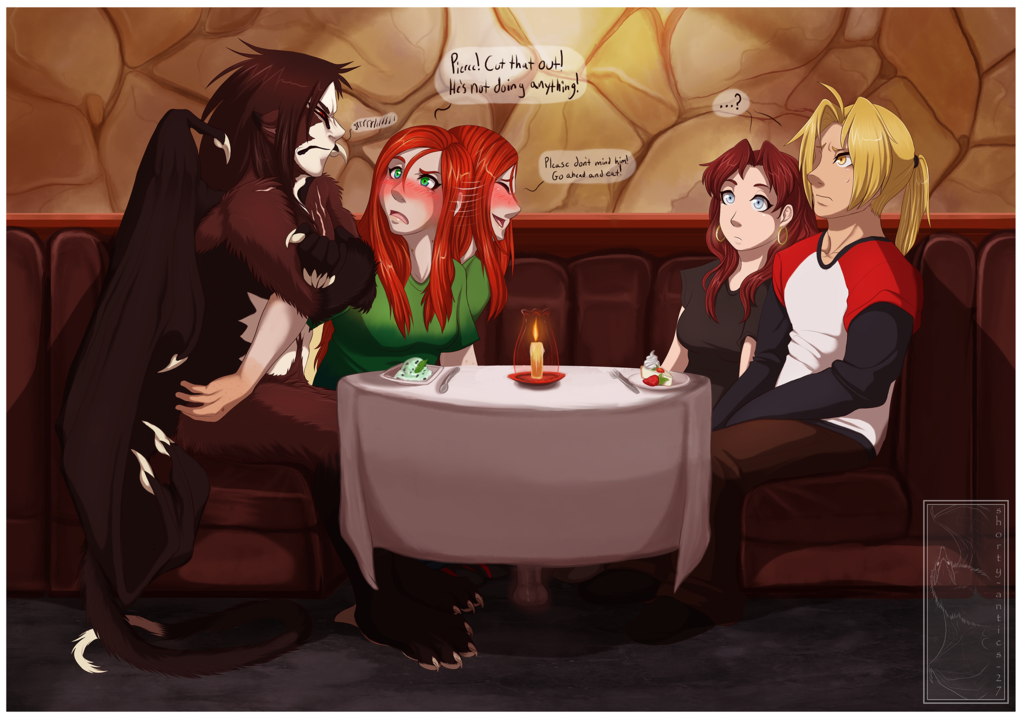 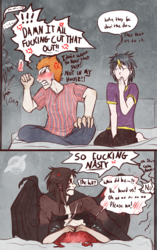 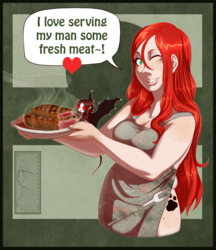 finally finished! this sure took a while. ahaha

i've always wanted to draw Pierce and Rose on a double date with another couple, and I was going to use my own characters for it... but after talking to Bitter-Cherry for a while, i decided i wanted to throw her character and Ed instead into it. ahaha
(she has her character with Ed, so that's why he is there)

and this will also be for FMA day that happened a few days ago, too. Muahaha!

if you're confused, Pierce is pissed at Ed because he's male. that's it. he feels that Ed will somehow try to take Rose away.
Rose finds this super embarrassing. he's ruining the nice night! lol

also, i accidentally made the table and food small, but i'ma say that's a specialty of this restaurant. Rose's brother will work here as well. ahaha.

Priss and Edward are sharing a tiny cheesecake (Cherry's pick) and Pierce and Rose are sharing mint ice cream (since that's the only real dessert that he can eat... ahah)

also, first picture with my new logo! I loves it.