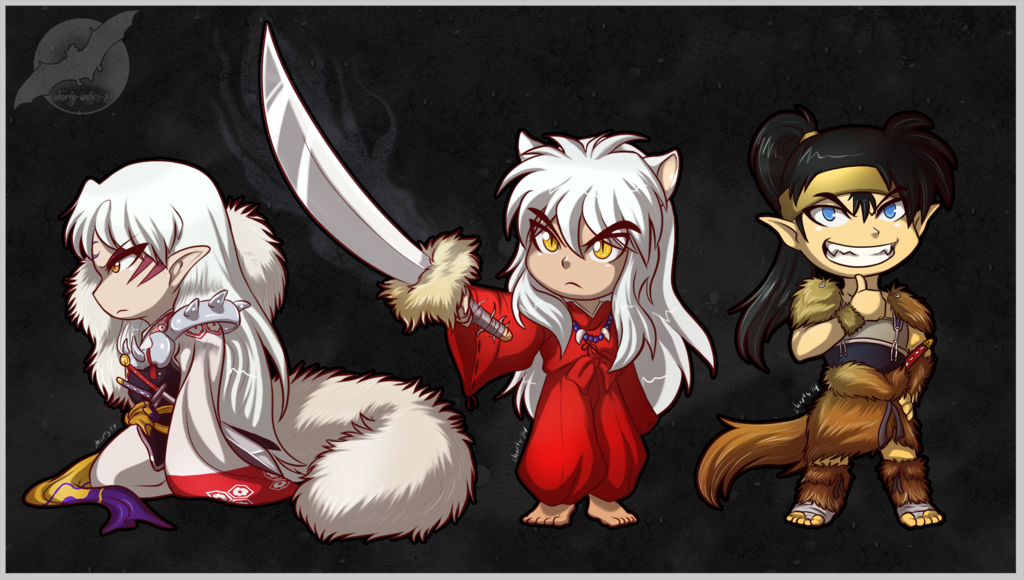 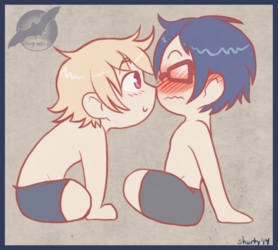 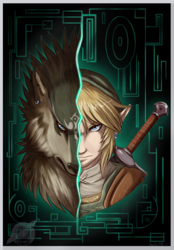 I've been watching a LOT of Inuyasha lately (and trying to finish it)... so I decided I needed to get some fanart out. I'm on episode 145 right now. Gettin clooose, and then the other smaller series of it.

I didn't like Sesshomaru at first, but he's changing and actually does have somewhat of a heart, so I like him more. xD

I started off drawing Inuyasha... but he seemed so weird with his sword that far to the side. It didn't look good as a composition. So I then added Seshy to help with that... and of course I have to add Koga. xD

I did watch Inuyasha maaaaany years ago, but it wasn't in order at all. I recently bought a coffee cup with Inuyasha on it, so I decided I should actually watch the show. XD

I don't like the girls that much. If I had to pick one, I'd pick Sango. I JUST LIKE DA MALES. GOSH.

I do hate that Inuyasha's ears have very little emotion to them. They only move when he gets curious about something. GO FLAT AGAINST YOUR HEAD, DANGIT. SHOW THE ANGER OF THE EARS. FFFF.