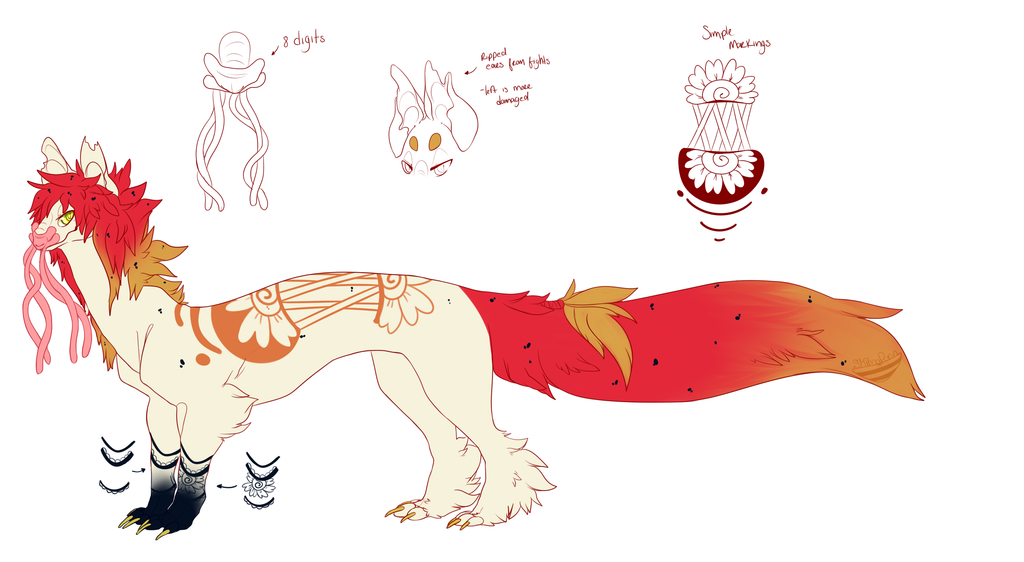 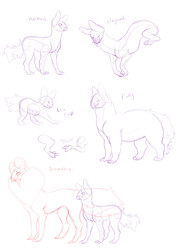 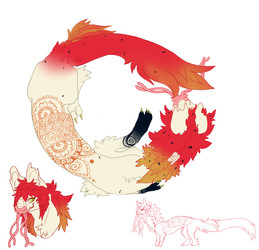 Markings: unlike other brittles, Acai has no permanent markings, instead his markings are very henna like in appearance and function. His markings can fade and be replaced with new henna in a similar style to the last. His markings also range from very complex, down to simple.
•Sunflower type marking that's seen in his henna doesn't change. There will always be an instance of the sunflower in his markings.
•The henna on his front legs do not fade or change. They are mandatory markings.

Personality: easily liked/Sultry slut brittle. Acai is a ladies man. He gets into a lot of fights around or during mating season for taking another brittle's female. He's also known to try and trick males into thinking he's female (for fun..maybe) He uses his colors and markings to attract attention of males and females. Acai loves to be the center of attention, and he will 100% try to get something to go in his favor.
• He's often seen hanging around winter spice and getting on his nerves.