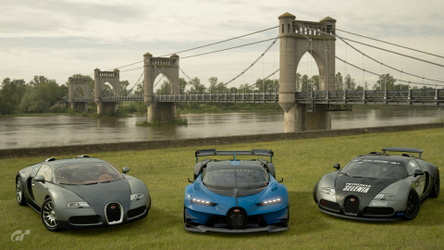 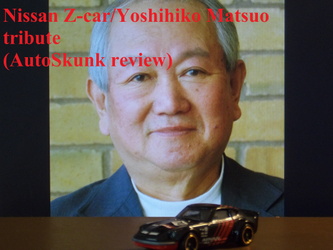 our next review today is once again a request from the same user here on FA, it's another used car review and honestly?, this will have to be my last used car review until I have my driver's license because it will soo much more useful if I had a license and can drive some used cars in order to effectively do a proper review on one.
this time I'll be reviewing the 2007 through 2011 Honda Civic if I remember correctly that is what I was requested to review.
if there's one thing nearly all of us know about Honda Civics especially for a certain some of us out there who love cars and auto history, is that Civic is more than just a reliable means of transportation, it's a timeless classic to us no the year or model, allow me to let you in a little bit of history about the Civic, first introduced in July 1972 as a two door model and later a three door hatchback in September of the same year, the Civic became a big a hit especially in North America, selling nearly 33,000 cars, by the end of it's first generation?, Honda sold over 155,000 Civics in the United States alone, to this day it's still a monster seller on the global market with North America being one of it's biggest selling markets thanks to it's super reliability and efficiency, and today, I'll be reviewing one of those generation Civics via the 2007 through 2011 models.

of course like every other Civic before them and like current gen Civic, 2007-11 Civic is front wheel drive, petrol (gas) driven, and powered by a 1.8 liter inline four cylinder engine.
they come equipped with a standard 5 speed automatic transmission, get up to 25 mpg city and 36 mpg highway, and yes it of course can seat up to 5 five people media clip here.
all the LX model both coupe and sedan come with these features as listed, first the safety features:

4 wheel abs (your tires will thank you for this one)

rear door child safety locks (because there's no telling what your might do with an unlocked door swoop! AAAAAHHHHHHH!!!!!!!)

daytime running lights (why would you want to have your lights on in daylight?)

engine immobilizer (I seriously don't what that is, I never heard of it)

child seat anchors (cause you don't to see your child fly out the window when you make that quick sharp turn screech! swoosh!)

rear height adjustable headrests (because neck aches are not an option)

while the safety features outnumber this next list of features, they are essential for entertainment especially on long road trips, the in car entertainment features:

element antenna (whatever that means)

speed sensitive volume control (I seriously don't know what that is, I never heard of it)

the next features is a long laundry list of comfort features, because no one wants to take a long road trip feeling with a soar back or even a soar bottom:

of course no car today comes complete without the power features as listed below for the 2007-11 Civic:

one touch power windows (zzzzzz choke! cough! hack! Kent!, did you roll the window up on yourself while you had your head out again?, for pete's sake what is it with k9's and wanting to stick their out of car windows and then getting themselves stuck?)

and there are your three instrument features too:

and a tachometer (insert of course meme here)

the rear seats of course can fold down

and then there's your wide color variety too for both interior and exterior:

now that I got nearly all the features covered, I'll come to the price now.
originally when new the sticker price ranged between eighteen and a half thousand dollars to nineteen and a half thousand, but today should be able find these cars online or at the dealer for practically pennies on the dollar, they make perfect first cars for those who like cars but yet are on a budget too and the aftermarket parts for Honda Civics of almost any year should you want to soup up and trick one out are super plentiful with practically variety to choose from, and speaking of souping up a Civic, there's one other model I haven't quite mentioned yet.
the Civic is a car perfect for any kind of budget you have in mind, but for those who have the enough budget for this particular model built for sportiness and racing, can opt for the SI model (wwooww), this model is perfect for who likes a car made for racing but yet can't afford the Type-R model.
it has all the premium features as well as some features to give it the sporty prowess it deserves, and comes complete with the standard 197 horsepower.
the SI as well as Type-R are two Civic models that are in a class of their own and I may give them models their own special review sometimes later down the road because they're just that great.
and that pretty much concludes this review on the 2007 through 2011 Honda Civic.
I hope this review was helpful for you in your car shopping spree and a little advice?, be sure to ask for the carfax first before buying that'll help you find the best used Civic for your dollar that'll be in the best shape possible.
and now I'll see you guys in the next AutoSkunk review.