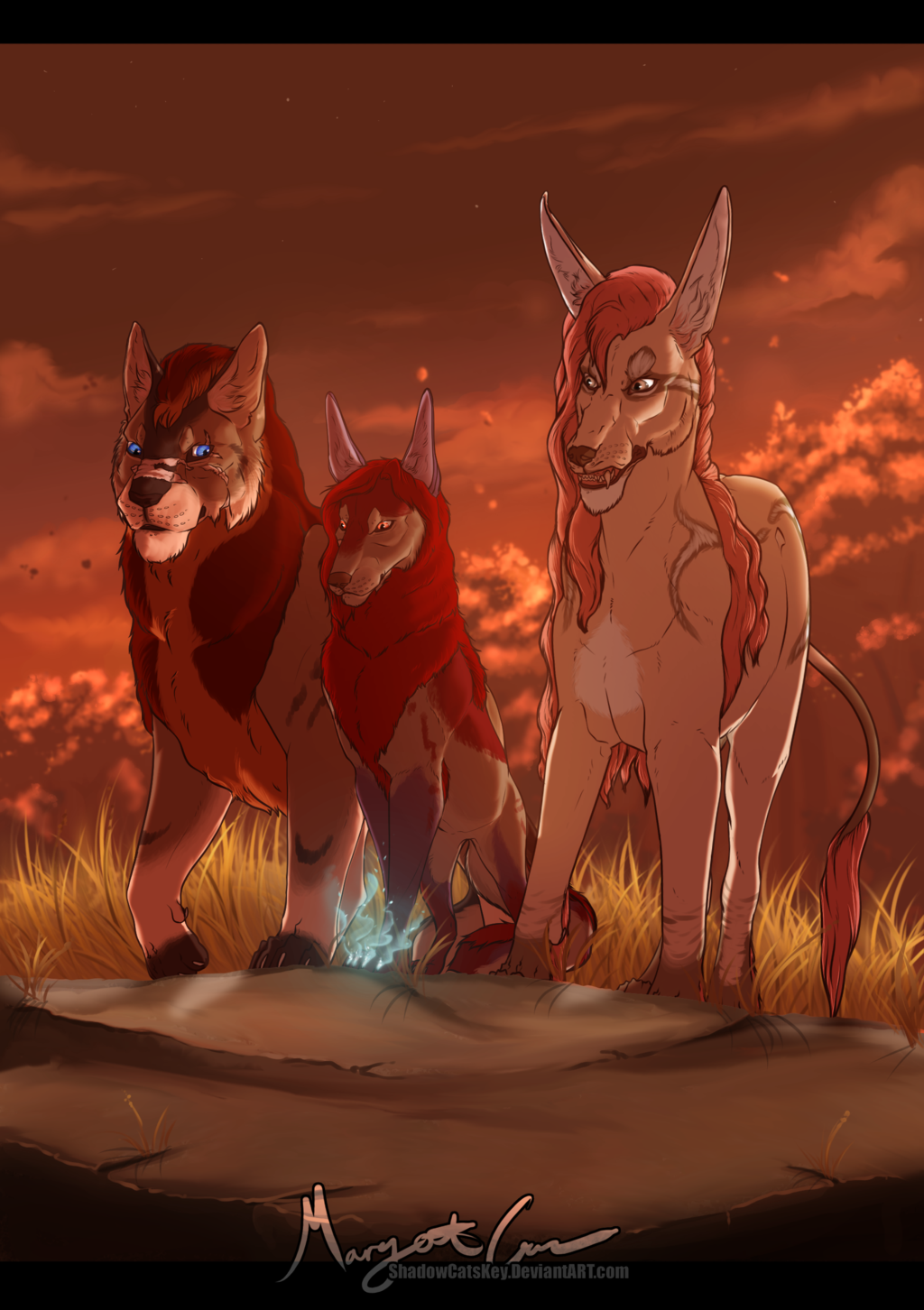 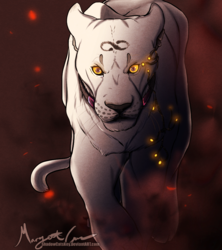 Commissions are open! See my profile, or message me for details.

Personal art!
I really, really wanted to finish another piece of personal art before March turned to April, so I took a small break from commissions to work on this...and, at the same time, I used it to continue working on drawing more than one subject per picture.

Tocanista, aka Cani, is a character - originally a Neopet Xweetok, now a fantasy fox - created for roleplays around 14 years ago. Back then, she entered a roleplay group clan, and eventually rose to become the alphaness/mate of the alpha. However, the user who roleplayed the alpha vanished (college, if I remember right) so Cani was the sole ruler until the group drifted apart. Nowadays, I give Cani a new home in lands adjacent to the ones she used to rule- lands which have become a demon-infested hellhole that she warns travelers to avoid (thus, she's protecting people from the place she used to rule). To this day, she rules as a sole alphaness with the support and advice of those under her. She has no plans to take a partner to become the new co-alpha ; it's a task she sees as too dangerous for anyone else.

To her right stands her biological son, Ayer, fathered by the previous alpha. To her left stands Apollo, a creature she helped rehabilitate when he was younger after a sprained back leg. Apollo becomes like an adopted son, and together, he and Ayer make up Cani's seconds in command- a job Ayer takes far more seriously, though Apollo will step up...
Like now, where there seems to be a situation at the border. Apollo and Cani eye the trouble below, while Ayer watches his mother, waiting for her orders...