Old Art- A Gaggle of Guys by Sforzando 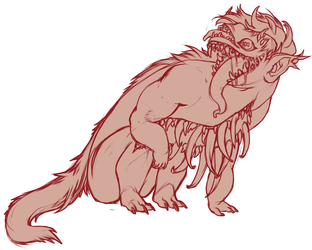 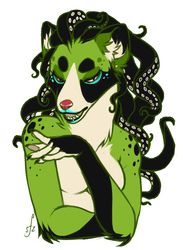 Old Art- A Gaggle of Guys

This is old but I want to keep it for reference purposes for these dickheads.

Raphael, the angel of Knowledge. He's kind of a jerk, and generally spends any time on Earth posing as a librarian or professor/teacher. He dislikes humans and demons and most other angels, to be honest. He probably dislikes you. Don't get in the way of his job, because he is unwilling to compromise.

Micheal, the angel of Power. He's a little bit of a warmonger, but to other angels and humans(Raphael notwithstanding), he generally a very jovial sort of guy, easy enough to get along with, but quick to anger. He doesn't spend time on Earth, unless something needs dealing with. And by dealing with, I mean to be obliterated. For justice. He wields dual golden swords. Sometimes aflame with holy flames.

Gabriel, angel of Healing. He's the guy in charge, the one you go to if you need to ask 'the boss' anything, because even angels are not to be in the presence of their Lord, with the exception of Gabriel. Gabriel keeps mostly to himself and is very secretive, and the extent of his power is not know, but he has demonstrated a power over time and emotion. He also does not spend much time on earth, but if he were to, it would be as a guardian to someone very important.

Raziel, angel of Secrets and Mysteries. He must hide a part of his face, because seeing his whole face induces a sort of confusion and amnesia. It does not matter the part which is concealed, for it is simply the whole that causes this. As such, he is a loner, and prefers to remain in an undisclosed location, guarding his secrets and supporting the discarded(meaning orphans and outcasts).

Uriel, the angel of Death. Uriel has been stationed in Purgatory, and has become a sort of new category all on his own, because of his lack of allegiance to anyone. He is not fallen, for he was never disgraced, and he remains a neutral party in any dispute, often remaining on the sidelines. He is a very busy man and is more interested in keeping order than anything.

Lucifer, the king of the Fallen. What more can I say about him that hasn't been said, really?

Keep in mind these are just my own interpretations, and the angels' symbolism and virtues all vary in 'real' mythology.

The clothes they are in here are what you might expect them to be wearing in their respective 'homes', not as they roam Earth, except perhaps Uriel.