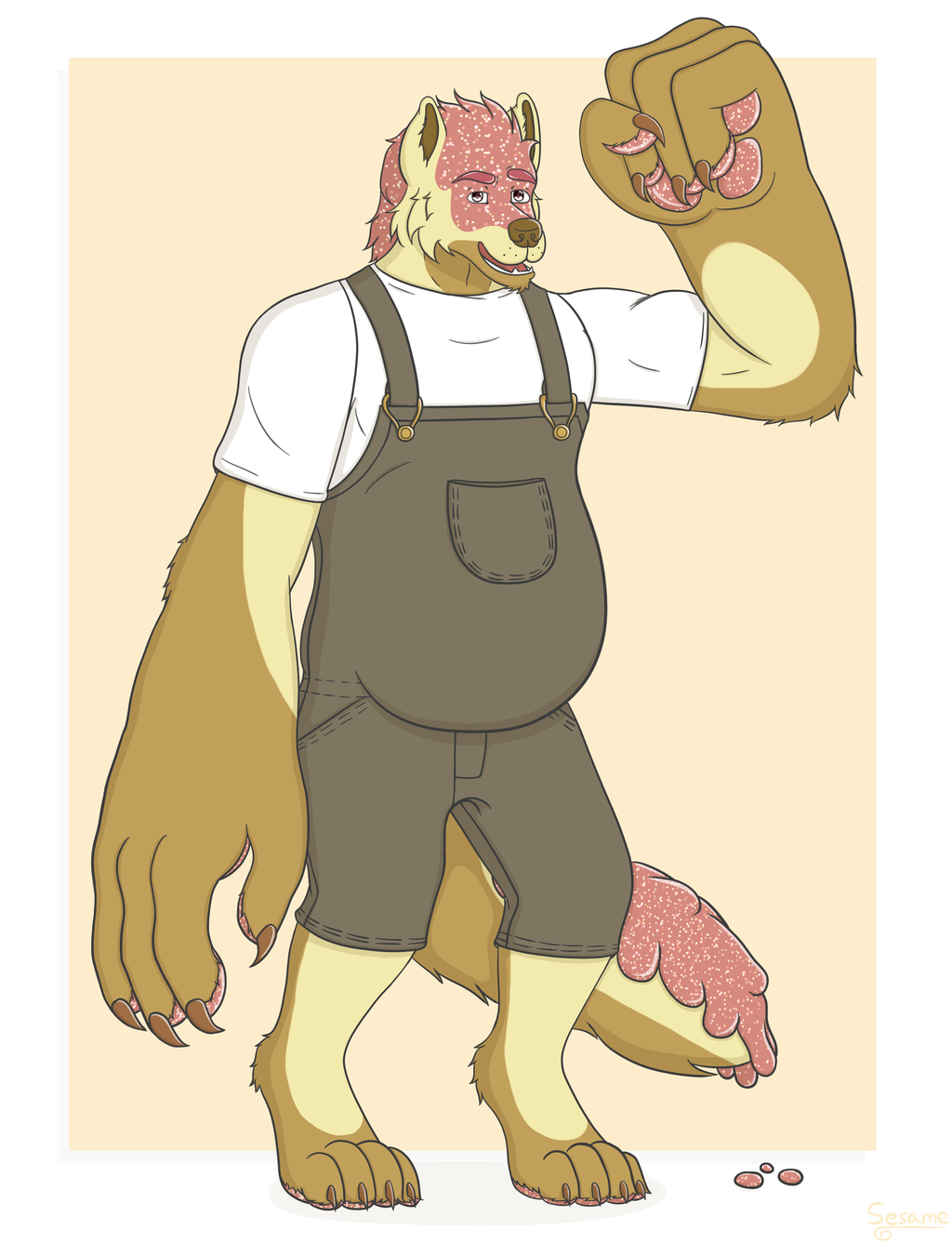 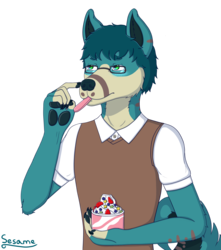 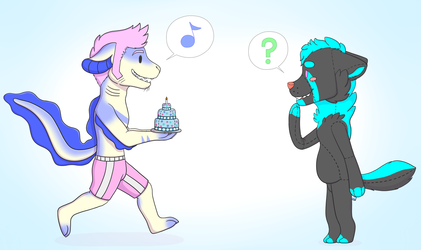 Anyway, He's a strawberry cheesecake themed wolf. His tail oozes strawberry glaze and the entire thing can be chopped off and eaten like a regular cheesecake. (Don't worry it grows back.) His pads, hair, and part of his face are made of glaze as well, but they're completely hardened into a candy like state. The whole food themed wolf thing may be similar to Zesty and they do exist in the same universe but they are NOT the same species.

He's based off an adopt I got from emeradethedragon.

I say "based" because I think I went a little overboard with the anthro design. I started out wanting to draw big arms, then I started thinking of Wreck it Ralph, followed by wanted to try out a glitter effect, and then drawing went to a strange place. I kinda like how it turned out regardless. Though I may make him less bulky and add more "cheesecake" color in to balance out the graham cracker next time I draw him.