Sigil Of Allure - 1 by Sephra 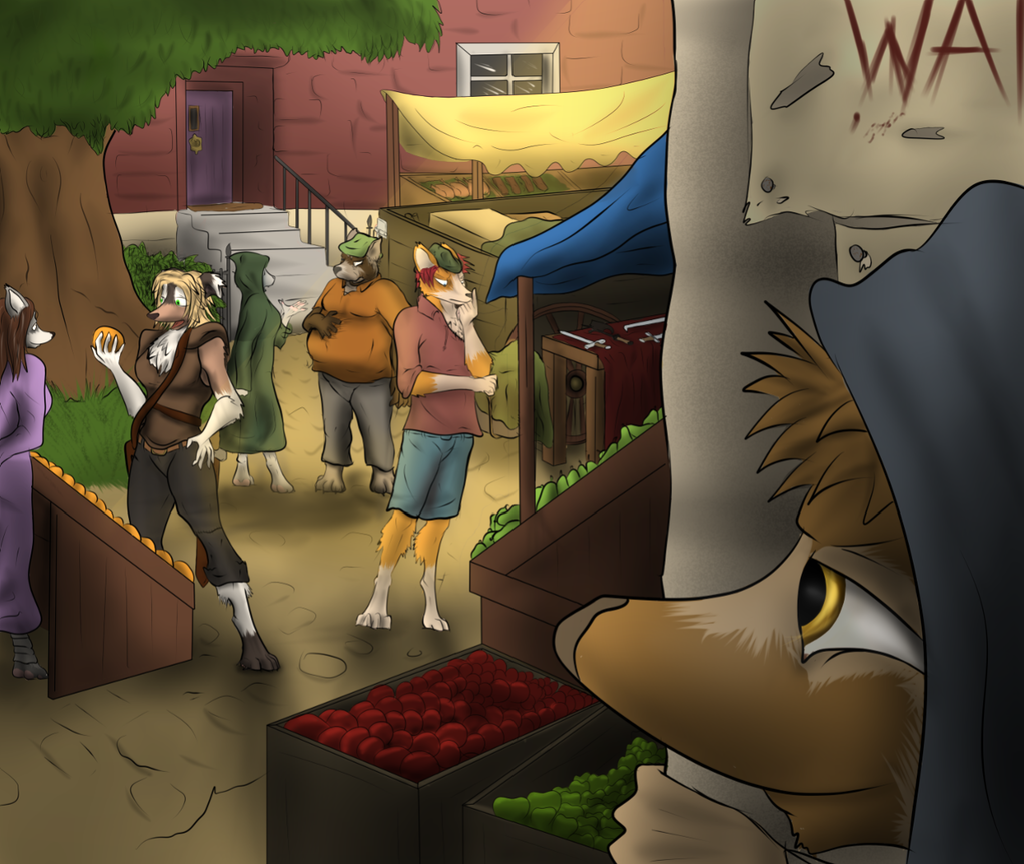 Tamra didn't venture into town often; living so close to the wilderness had given her a distrust of flat ground and monolithic abodes. But when the markets came, snaking across the main roadway with their covered wagons and shire horses, the sounds and smells of foriegn lands couldn't help but draw her from her surroundings and into the population.

Wandering through the throngs in the late evening, past the point at which most had bought their wares but not yet entering darkness, the fruit section drew her with sweet, though slightly pungent smells.

Little did she know as she approached the still-stocked section, a young Wolf was watching intently from the shadows. Ranulf, apprentice to Magi Orvin, sub-tutor of the Grand Temple, had been hard at work practicing a new sigil that he hoped would assist somewhat in his...needs beyond the Temple walls.

For days he had wandered the town when given the chance, searching for a suitable test subject, but found only those he had vague acquaintance with, or at least would see on a semi-regular basis and would probably want to have a word with him after the event, to say the least. But today, peering at the market stalls, the Collie huntress gleamed like evening amber in her singular unfamiliarity and beauty. He had found his mark.

Now, time to remember how that Sigil went...

First in a long series I've done; pictures are waiting in the wings, but here's the beginning to get y'all started ^^