Crossroads of worlds by SeaTeal 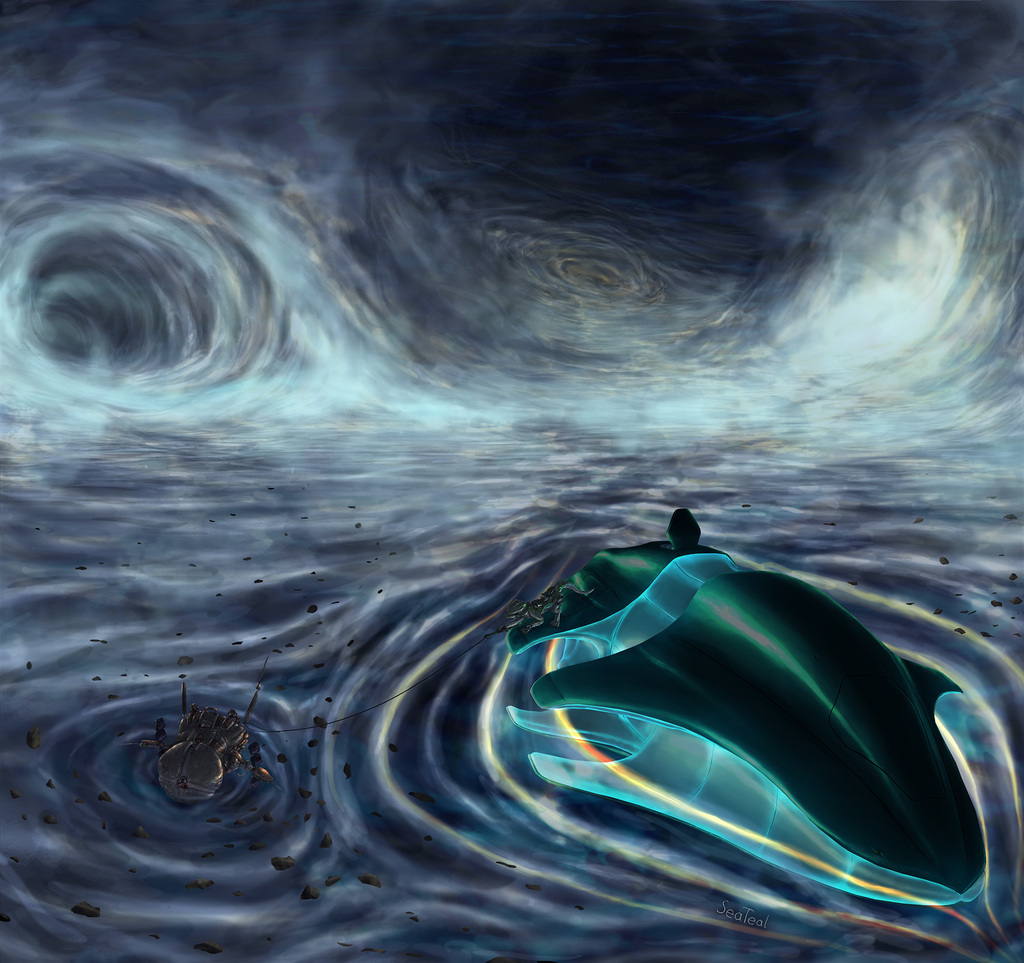 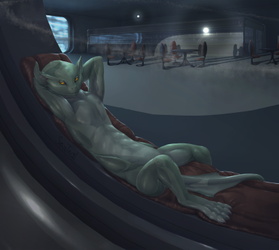 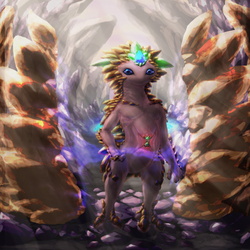 An universe between universes, in some cultures called the sea between worlds, or the interrealm mists, the crossroads is the closest semi-stable universe above ours in the inverse entropy scale.
Gravitational forces subtly converge along a constantly bending and shifting mostly flat plane, accumulating debris, fog and dust -some of which materials are not stable in our universe but are here- which makes the place resemble a strange, two-sided ocean, with smaller branches of matter visible above and below it.
Many years ago, at the dawn of inter-universal exploration, automated drones were sent out in great numbers to try to explore this and other unusual realms. Not even their a.i. and networked communication between each other could ever create an accurate map of this constantly changing and unusually behaving space, so people took it up to explore the realm themselves and try to make sense of it's seemingly illogical workings, with its whirlpool-like entries to below universes , and three-dimensional waterfalls/mist-falls where matter from above universes flow into this higher entropy region and eventually continue even lower on the i-e. scale.

Some of the data that these old or more recent drones collected can still be useful though, as they can hold information about things that don't belong here and were passing through...