The Professor. by scruffycat171 (critique requested) 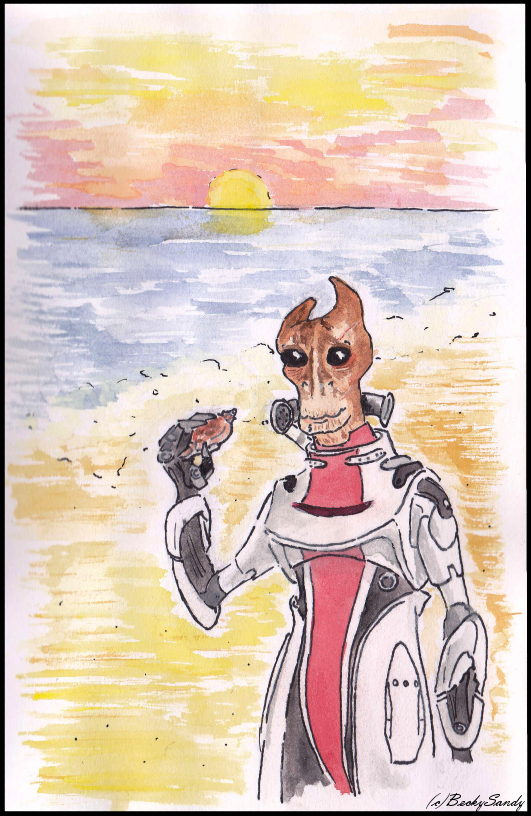 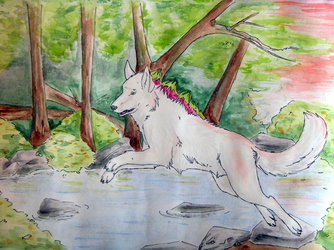 'Might go somewhere sunny. Sit on beach, look at ocean, collect seashells.'
'You’d go crazy inside an hour.'
'Might run tests on seashells.'

So I played through the Mass Effect trilogy recently. Probably right up there with Zelda for my favourite series ever. x3
.
Mordin's role in the final game was so touching I felt I needed to draw him fulfilling his wish for after the war, to go collect/test on seashells on beaches. :P
.
But yeah...hi again guys. :)
.
Watercolours and sharpie.