~ Jamming in the den ~ by SCIFIJACKRABBIT 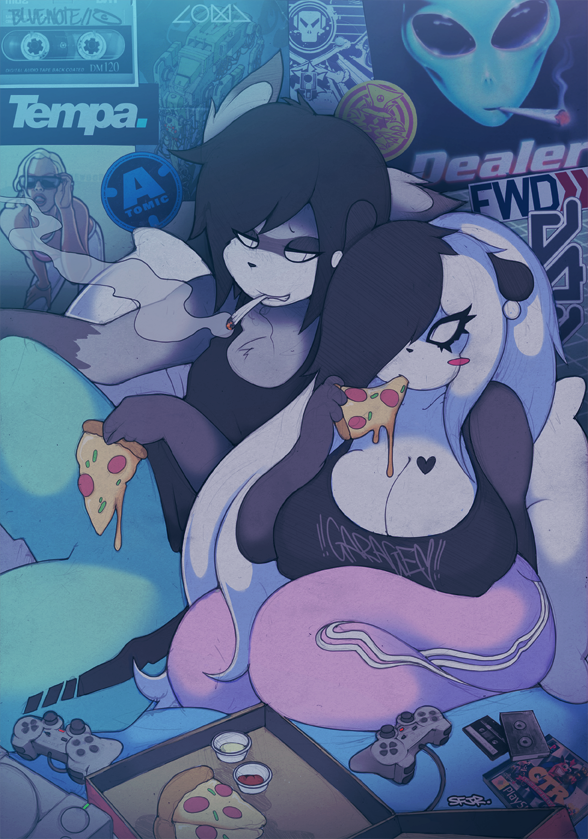 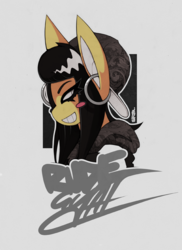 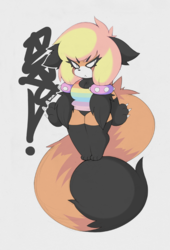 Flyers and Logo's belong to their respected owners.

Luna jamming with Spliff in his den. He kindly used the last of his weed money to buy her pizza because he is a cool dude bro. Also some serious Crash Team Racing going down.

This one took an eternity.. mainly because of laziness, but also because I just had loads of trouble with it.. Was going for a scene of some sort I guess.. It has been a while since I tried a more detailed background and I felt the amount of sheer detail was rich and interesting but then next moment I thought it looked a bit too cluttered.. I also must have spent a couple of hours alone just deciding which overlays to have have and fiddling around with colours... Overall it certainly doesn't feel subtle in the slightest.. but that's okay I guess since it still grabs your attention when looking at it =w='' (to me anyway)

Also yeah Luna's fringe and tit tat are on the wrong side.. This image was originally drawn reversed but somehow I think the composition looks way better this way.. =w=''' It's just a one off pic so consistency with my OC's doesn't bother me too much.. If it was my comic I would pay close attention to that sort of thing though

comments, faves and crits are very much appreciated! Thankyou!