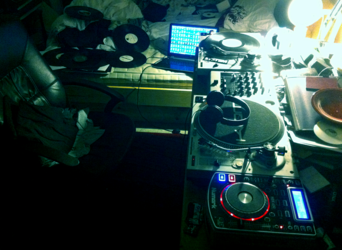 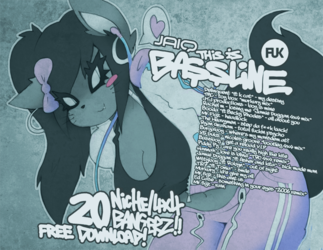 Possibly one of the most overlooked and under appreciated genres of electronic music to come out of the uk in the mid 00's. Forget Dubstep, Bassline has all the manic wobbles and raw dance energy to keep any raver and garage fan happy. Bassline music is a niche, almost exclusive sound to the midlands and northern England with a scene mostly comprised of bad quality youTube uploads from obscure mixtapes and the odd vinyl release. the sound emerged from Sheffield in the club "Niche" (ironicly titled and sometimes used as an alternative name for the music ) and later rose to some very short but powerful mainstream exposure in Birmingham during the later half of the decade. sharing it's roots in Speed Garage and it's London based predecessor "2step" (embracing feminine aesthetics) as well as house, electro and UK Grime music (with more bass heavy MC led tracks), Bassline is often considered a rather obnoxious silly, but "fun" sound with an oxymoronic vibe stereotyped by the British chav underclass. "Bassline music is like a drastic pendulum swing from yang to yin, testosterone to estrogen" described by English music critic Simon Reynolds.
Bassline became a cause of controversy in Sheffield due to a police raid on the Niche club after which the venue closed down.

Whever it was due to the amateur nature of the scene, the police raids on Niche, the over shadowing of it's sister genres Grime and Dubstep or it's association with chavs and antisocial behaviour. Bassline music unfortunately never gained the recognition I feel it deserves and thus has fallen into almost complete obscurity.

This mix is compiled of tracks I feel best represent the music. Sprawled with both popular hits and some more raw obscure tunes from the underground. I believe this is a worthy soundscape for new listeners and fans of Bassline alike.

"Too silly sounding for the mainstream and too mainstream influenced for the underground. Bassline falls flat for some. But for others it is pure and raw musical genius."