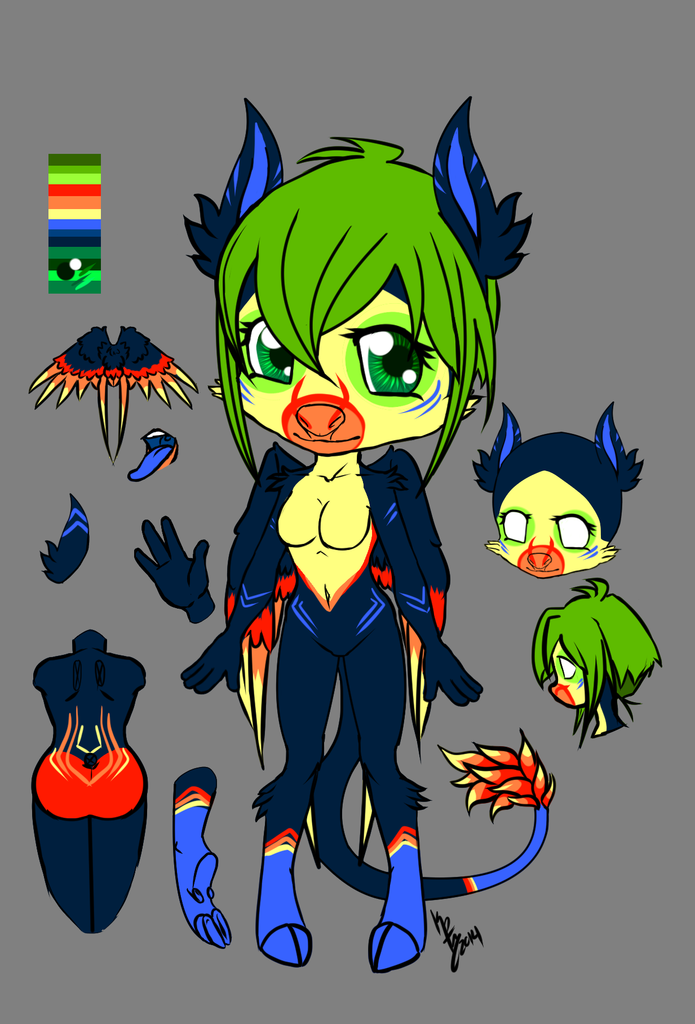 As a child, Cassandra always dreamed of being a white mage. Every year at the local festival, she would go to see the various mage perform their magic. Always in awe to see healers making the injured or ill, better. One festival evening, she snuck into a white mage's tent, and found their tome. Cassandra was still a young one then, full of curiosity and wonder. Opening the tome, she began to read to herself. Little did she know, the owner of this tome was standing behind her, watching. They placed their hands upon her shoulders, which caused her to flinch. "So, do you want to become a mage like me?" Cassandra turned with an ashamed look on her face. "You don't have to be down on yourself, child. You remind me of myself, when I was your age. If you come with me, I will show you the ways. We must travel to another dimension, but you will do well under my tutelage." Cassandra beamed with joy. Looking up, the white mage removed her hood. Jade: https://www.weasyl.com/submission/239989/jade-show (NSFW) reached down and took Cassandra by the hand. Picking up the tome, they left the festival grounds. Beginning to chant, the tome opened, and began to hover in place. A portal between worlds opened before them, and Jade closed the tome. "Come young one, if you truly want to learn to be like me, then come with me." Cassandra looked back at her home town, but then looked forth and nodded. They stepped through the portal, which closed behind them instantly. They wandered a forest, which to Cassandra, seemed evil. After a time, they came to a great castle. It seemed ancient, but well kept. As they approached the main gate, two stone gargoyles swooped in, and landed before them. "Password?" Spoke one of them. "Till the dawn breaks." The gargoyles looked at each other, then retreated. The gate swung open slowly. It sounded heavy, as if it would have taken a hundred men to open. The earth shook a bit below them as the massive gates opened. Cassandra hid behind Jade, only peering out a bit. They continued to the castle. Scheknul was already standing in his doorway, watching them approach. He bowed, and smiled to them both. "I see, you've brought yourself a pupil. She's an interesting looking girl. She'll grow into a beautiful woman one day. Teach her well. There is beauty in white magic." Scheknul walked away, and back to his studies. Jade, and Cassandra entered the castle, and went to Jade's study. Many years passed by. Not only did Cassandra have to learn combat skills, but medicine lore, magic healing, and general house keeping. She had come of age, but knew not the warmth of a mate. Many more years went by. Who you see today is of the successful training, and skillful work of a white mage. Yet to see her first day in combat, but I'm sure she'll have her time soon enough.