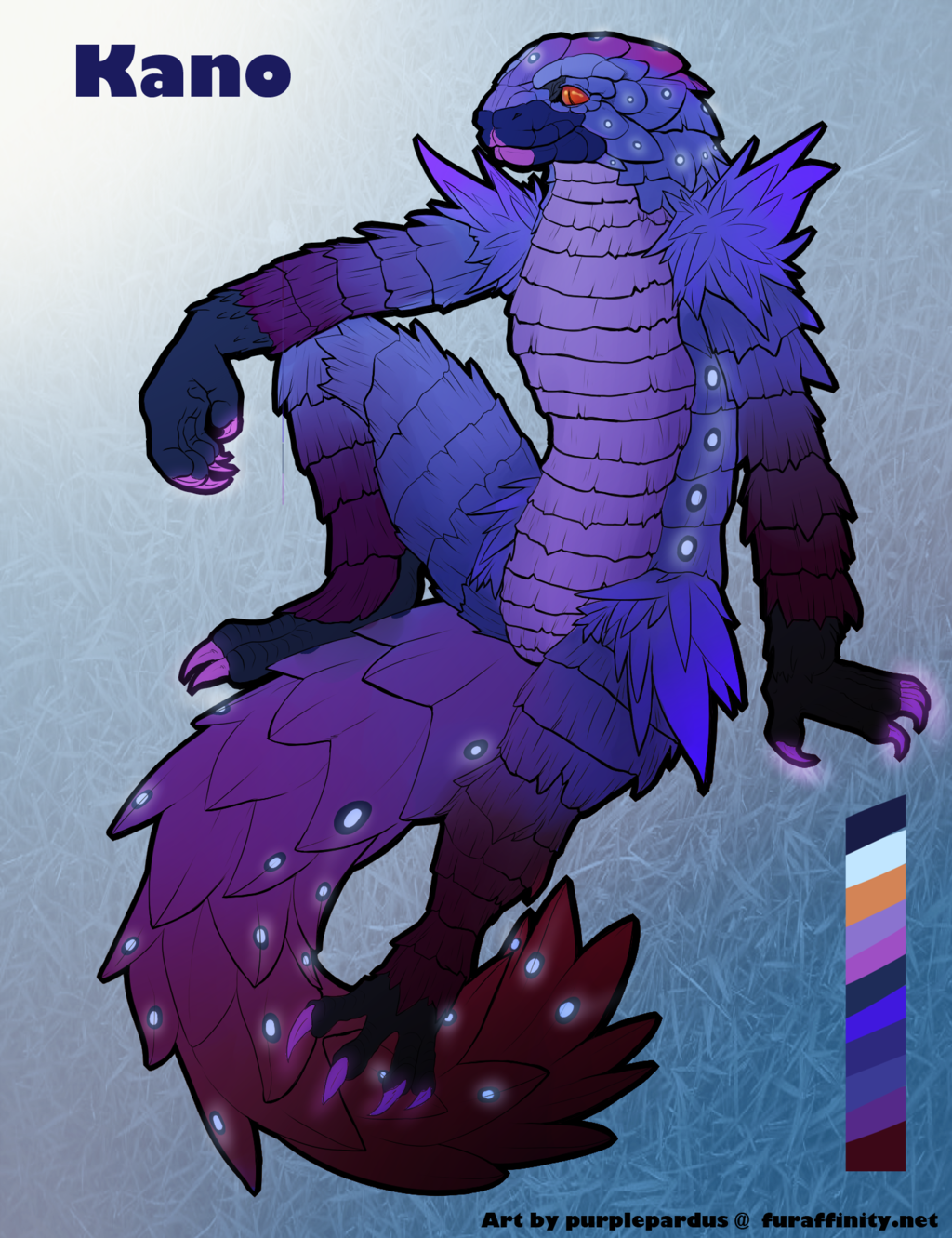 Much like Zoria, Ainmire follows Scheknul to, and from where ever he is going. Able to stand on hind legs, or turn quadrupedal for sprinting. In his dormant state, he is an array of purple hues. How ever, should he be prepping for combat, or protecting his master, Scheknul, his scales turn from red, to crimson. His armor can deflect swords, spears, and even cannon blasts. A very good swimmer, Ainmire may hold his breath for up to an hour or longer, depending on how calm he remains. He is a hybrid Armadillo/Lizard. Much like most creatures that Scheknul adopts, he wandered out of the nearby forest, and to Scheknul's door. Scheknul put out food, and water for Ainmire, until Ainmire decided to adopt Scheknul. Always by his side, and ready to strike an enemy. If there are walls, Ainmire will use them to his advantage. Scaling them, only to leap, and pounce upon his foe, or master's enemy. Playful like a dog when tame, and furious like a volcano when in combat. He has single-handedly replaced Scheknul's need for hall torches, when he is by his master's side. Nearly un-rape-able. His scales only part when he enters into his heat cycle, or if he is attempting to relieve himself. Something of a Hermaphrodite, he is a cunt-boy, naturally. How ever, he is able to grow a penis at will, or by command of his master. His bite is something to be feared. Rows of fangs which inject venom. The venom causes vivid hallucinations, rapid spasming flesh, hypertension, uncontrollable bowls, seizures, paralysis, and eventually death. He would never turn on his master. Ainmire's eyes have special shields, which, when lowered, allow him to thwart visual hypnosis. He is also able to burrow rapidly, and come up, behind enemy lines. A nearly unstoppable force on his own. How ever, when Scheknul goes to war, he brings the whole family.

Likes: Affection, attention, play time. Ainmire is a c-boy, and loves sex, so long as he is in heat. However, he is about to enter into another cycle, so if you wish to have some fun, feel free.

General info: Ainmire generally walks on all fours. However, he is no stranger to walking on his hind legs. He is merely more mobile as a quadruped. He is a beast of war. Highly mobile, viscous in combat, and a powerful ally. Ainmire can use both fire, and ice magic. However, when Ainmire is not in combat, he's a real cuddle buddy. Extremely gentile in any other mood. However, when he's in heat, he'll stop at nothing to get some. The scales on his crotch part horizontally to reveal his passage. His favorite position is doggy, but he also enjoys riding. Ainmire does speak English, among other languages. However, Ainmire is a rather quiet individual. Getting him to talk is an easy task though, if you can get him comfortable.