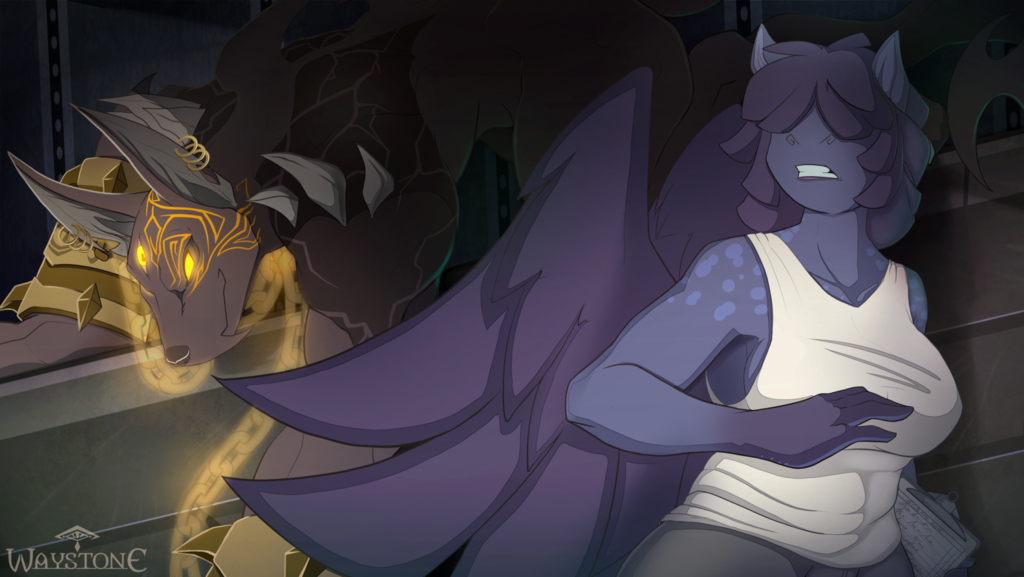 Here's the current cover image for my Patreon! Patrons will receive hi-rez desktop versions in this week's pack, as well as the next two pages of "Meridian"! Now, for those of you who don't like to read journal posts, I have some Decisions, explanations, and the Patreon Poll Results for you :).

I'm gonna try and chop this journal into chunks to make it easily digestible. First, DECISIONS:

Now that my entire living is based on Patreon, I can't afford to have people jumping in, getting the stuff out of the feed and jumping out again. Pirate if you must, but don't sign up for my Patreon, inflating the number on the front artificially, if you don't intend to stick around to be billed. It isn't fair and makes people think I make far more than I actually do. Speaking of Patreon, let's talk about:

POLL RESULTS: According to your responses, I'm gonna try and incorporate the following changes:

Since Double Jepoardy came so close behind Skin Deep, I'll do that comic right after Skin Deep is done, which works out nicely because I think I can make them flow into one another nicely :).

Finally, some EXPLANATIONS about “A Long Way Down”.

A lot of you have (repeatedly) let me know via emails, private messages and even in the comments section of both the Furaffinity and E621 posts that you don't like the latter content of ALWD.
To be perfectly honest, neither do I. Originally, I intended to use Mara and Dawn in the Waystone Universe. Dawn was my way of staying connected to Sexyfur (won't need that anymore) and Mara was my way of paying her owner back for a huge favor he did for me a while ago.

Fibh is mine, thankfully :). We'll see him again most definitely.

As I worked on the latter portion of the comic, I realized that I was working on stuff that I really wasn't into, and incorporating fetishes that were unrepresentative of what I liked into Waystone. All the while I was damaging my reputation and regretting the decision I made so long ago to use two characters that weren't even mine.

As the comic draws to a close, it brings and end to 2.5 years of effort which started as a Sexyfur.com project, but ended as my first successful long-term project on Patreon. Without my incredibly generous Prefects, Waykeepers and Citizens, the completion of this comic would have been impossible and I thank you all from the bottom of my heart.

However, I find myself in a position where if I want to maintain my vision of Waystone, I have to exclude A Long Way Down from the universe entirely.
This was a hard decision. It'll set back the launch of the first book by at least a year, and it sends 41 pages of Waystone content into the ether. But it's my own fault. Hindsight is 20/20 as they say.

I will post the remainder of “A Long Way Down” before August's end, and starting in September I'll begin posting “Pride in your Work”, another comic made possible by my wonderful Patrons, and one which I'm happy to label a part of the “Waystone” universe.

Thank you all so much for hanging in there with me, and I hope to continue making stuff that both you and I can enjoy ;)!

And remember, sanity is only a rumor.