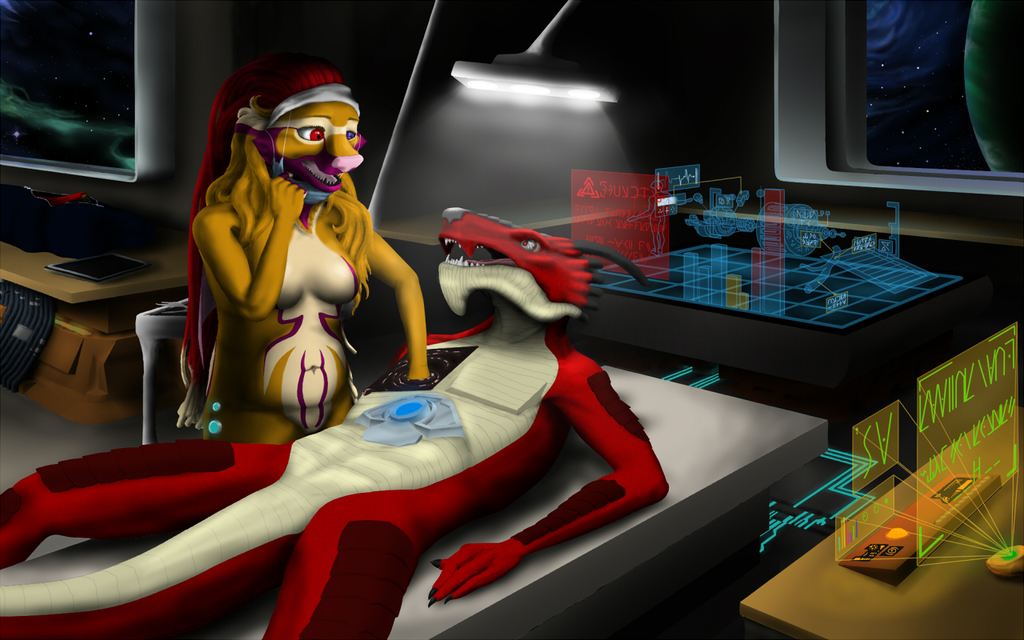 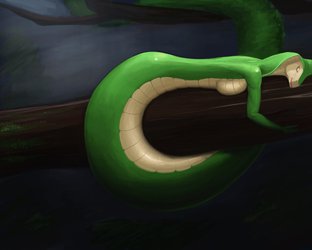 Jack: Are you sure you should be pulling on it like that?

Zikaur: Who's the doctor here?

This is a little art for Zikaur's streaming.
But this is not only my first drawing with my char Jack in much more detail but also my very first time drawing in color, drawing on the computer and drawing only with a mouse.

As a stupid perfectionist I'm still not proud with my drawing but I'm at least satisfied with it.
For example, I still have problems with metal (or just any shiny textures) and fur.

BTW: The scribble-scrabble on the holograms do say something. I didn't put them just to look alienating... except for the symbols which Zikaur used a few times.