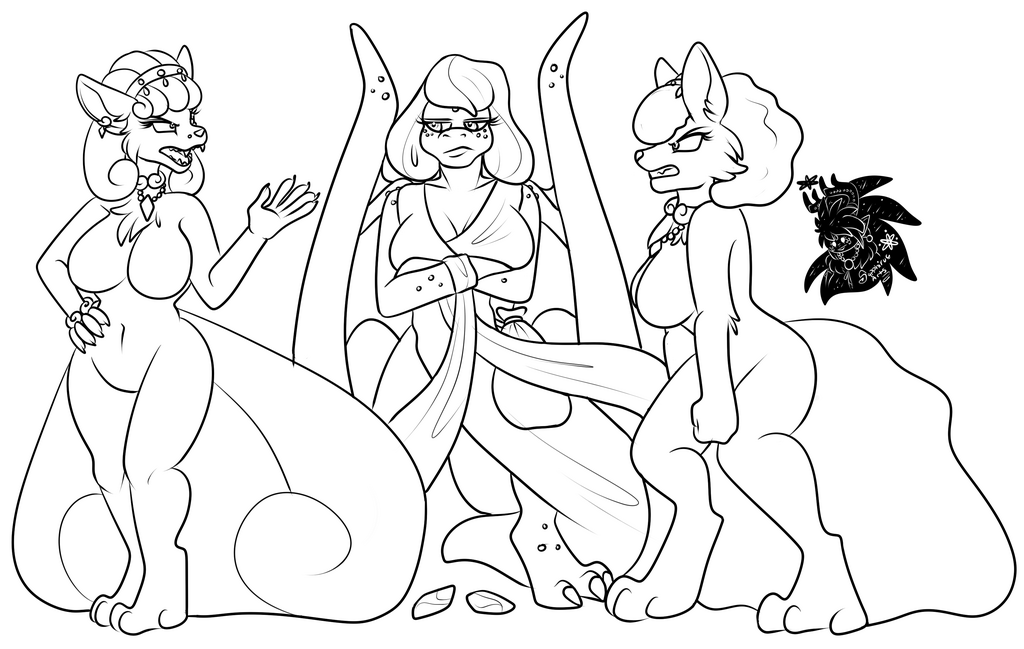 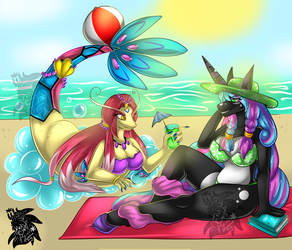 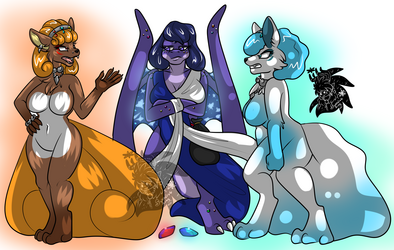 Commission WIP for starduststriker on FA
~
There was a tad misunderstanding in the commission but he was ok with this better, technically the Vulpix in this pic are the same characters, just different variants. To make a long story short, the dragoness in the pic is a troll, so she according to the commissioner, she threw stones at the (originally Ninetales) Athena, and devolved her into a Vulpix, because boredom, and her stones in her bag are a "bags of tricks" type of thing. So they're pissed off at her, and she isn't phased a bit.

Athena's true form are the Ninetails the commissioner bought from me, Kantonian and Alolan variants. Was basically a recolor from this one, only the original Ninetails colors over this one. (Recolored for him so that one wasn't posted on my pages.)