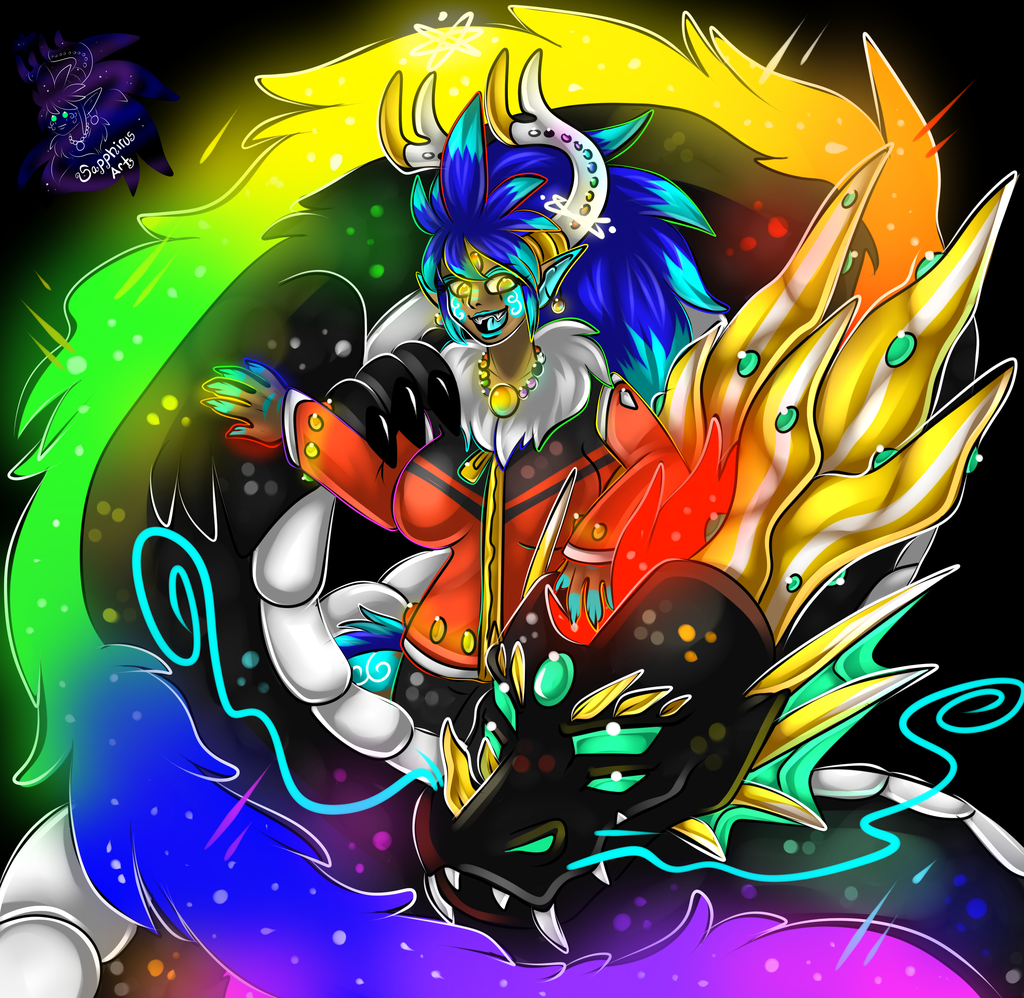 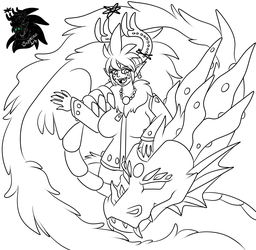 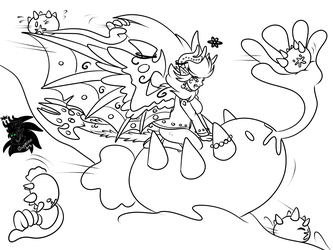 Note of irony: Every Dragon adopt I make, is Sapphirus actually creating the dragon, as it's what her character can do as a Goddess of Dragon's an Elements, but i'm also named that, sharing her name online as a name whole, see how weird this is getting lol...?
~
Sapphirus's close companion, an eastern male dragon. She's having fun creating him and he's quite colorful like she enjoys, which in her case represents the elements/non elements she wields, I made her eyes pupiless and such as a change. I never drew Sapph specifically creating a dragon in one picture before, this is an idea of how she does it. Bakuro is what she named him, he's a black eastern dragon with scales on the body, with some colorful spots along his body, like an area has green spots, another has blue, then red etc for examples. This is Sapphirus's first created all elemental dragon, that can weild a smaller amount of all her powers you can say, but he can't shapeshift into other creatures yet, and he has limited sizeshifting abilities also.