In honor of a great friend by sammyfox 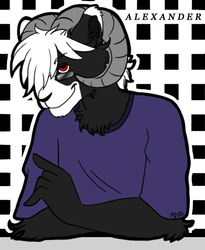 In honor of a great friend

Foxyboy has always been a great friend to me, and he also was one of my first friends I made in the furry fandom, all the way back in 2004.

But lately he has been less active, his appearances more and more sporadic, until he speed showing up altogether.

he's a Saudi Fennec, a bisexual person in a country where they kill their gays, literally. He has always been a devout Muslim, which made him feel like he was a monster to his good but he still loved his religion and didn't act like he was an abomination because of his sexual orientation aside from feeling conflicted about his orientation versus his religion.

We had our arguments but in the end we always hugged and made up for the bad words. I miss him and I hope that nothing horrible happened to him.

That pic was requested as a gift for him a while ago. he isn't in good terms with the artist but I don't care, she drew it better than anyone else could have.

If you're still around foxy and you read this: I miss you terribly.