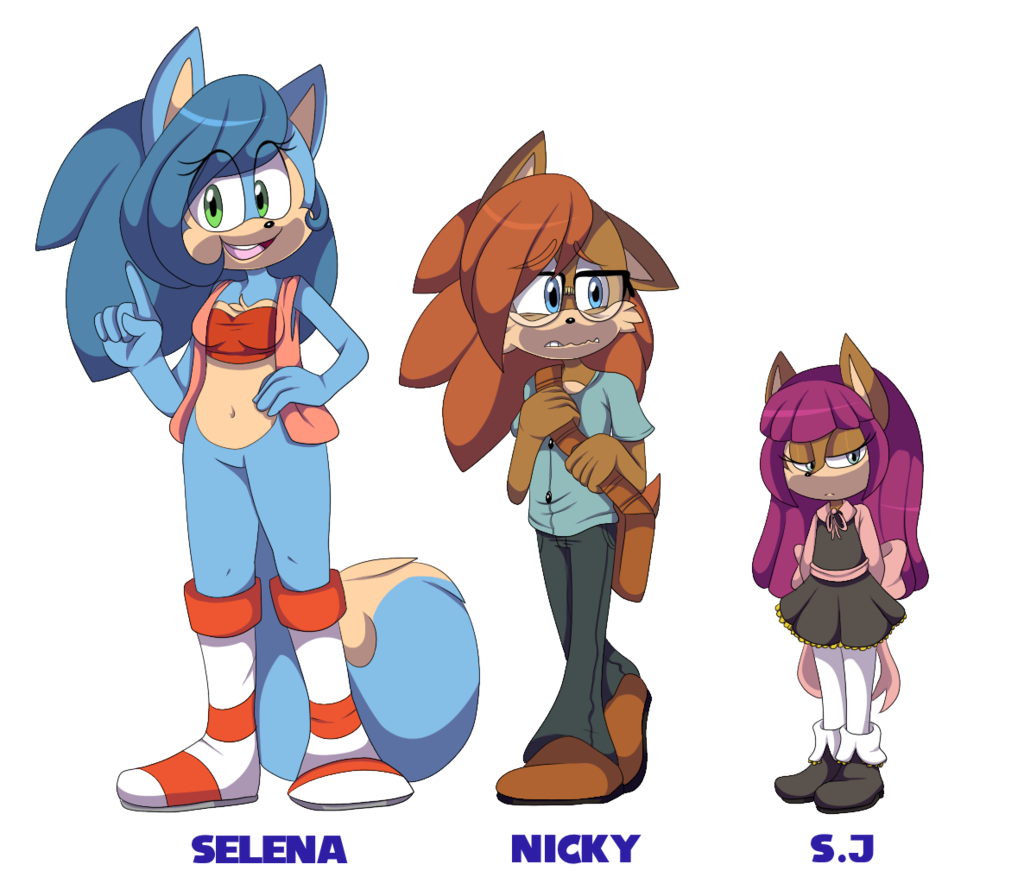 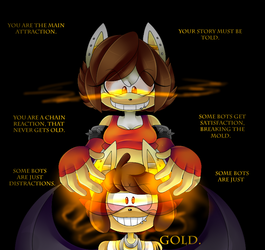 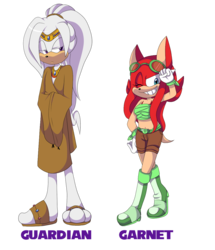 Selena: Age: 18. Being oldest means, she's the first one to take the crown. Having that responsibility on her shoulders, she tries her best to study up on royalty and laws and policies. She strives for straight A's even though she can be a bit lazy from time to time. She inherited Sonic's speed but, with her giant squirrel tail, she finds herself having to hold it up whenever she runs.

Nicky: This is going off what AffectionateSteel has told me.Age: 14. Nicky was born without Sonic's speed or Sally's brain power so, he always feels like he's a disappointment to his parents. He's very shy and has a hard time fitting in, considering how people love to beat him up. Though one thing he loves is art and always has his messenger bag full of art supplies with him. If only he could draw something that wasn't Guardian, Knuckles and Rouge's eldest son. Nicky has a huge crush on him, but is too shy to tell him.

S.J: Age: 9. Full name is Sally Jr, she acts NOTHING like her parents. She's very stoic and barely cracks a smile. She's similar to those creepy Japanese girls in horror games. S.J's very interested in spells, potions, curses, and things of the like. She's gotten into trouble from time to time by giving her siblings food poisoning with her "handmade potions". To sum her up in one word, she's creepy.