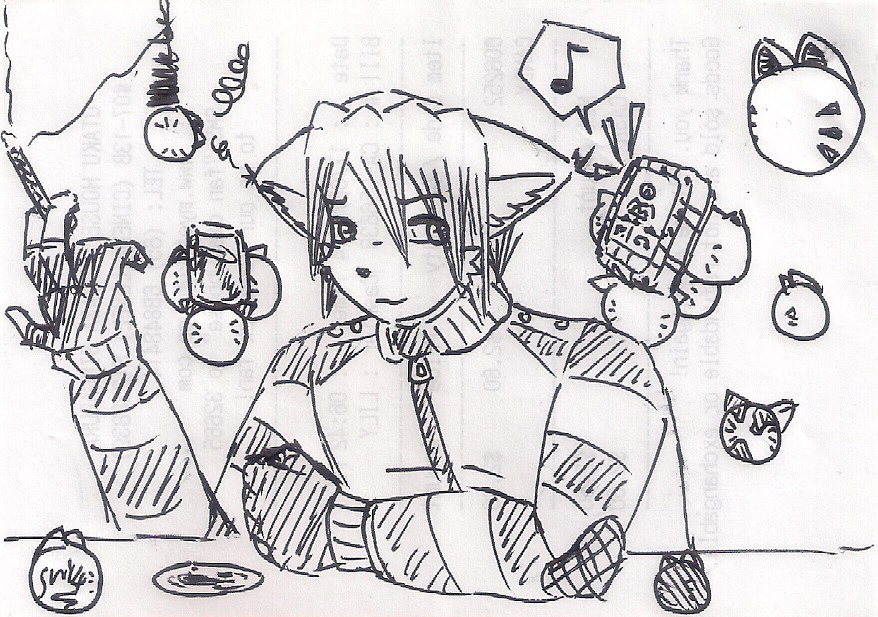 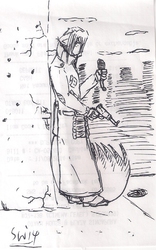 little robotic helpers with anti-grav options. they function like a small swarm of bees but are thankfully silent. they come in a multitude of colours and patterns, just like the cats they're based on.

their self-sufficient AI is programmed so that they are mostly obedient and helpful, though like a normal cat they can still get up to mischief. they range from 2cm in diameter to 50cm. they have a nanotech surface that can change according to the situation, becoming adhesive via suction force or smoother than glass. as such, they can also alter their external form but seem to have a preference for rounded spheres with 3 pairs of whiskers.

on the downside, smoke does get to their system and they will follow laser pointers.

on another note, i'd rather have a massive smart phones that have the battery longevity and reliability of a nokia. also because it will have a reassuring weight and solidity.

sketch and concept by