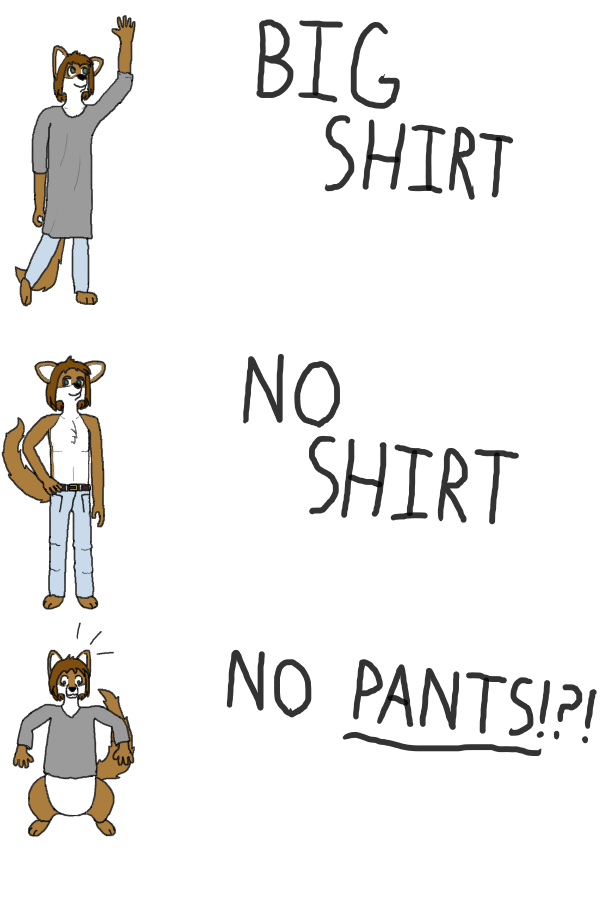 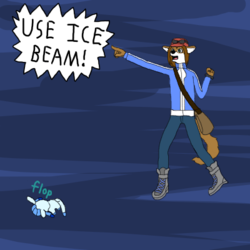 So this is Rudolf, a lazy, sleepy wolf. I've been drawing this character for a while now, but I still haven't made up my mind on how to draw him. I came up with a few contradicting ideas, but I couldn't make up my mind on which was my favorite, so I decided I'd draw them all at once for comparison.

The first two are just different outfit ideas, so there's no harm in switching whenever I want to; it's mostly a question of which I'd use more often. The former is how I've been drawing him lately, with a ridiculously oversized T-shirt and only slightly oversized jeans. I actually thought this would be easier to draw, but on the contrary, it's hard to tell if the anatomy makes sense sometimes. On the other hand, it's fun to see how the loose fabric is affected by different poses.

The second is actually how he looked while I was practicing sketching: same as above, but without the T-shirt. I also added a belt, since those pants look like they might fall down a little without it.

Last but not least, we have the only design to be a different body shape, based on the design frequently used by

kitsunezero. Probably the most quirky, what with how the legs would affect walking and running posture. I think I'm actually leaning toward this one.