The Kharon incident by RUDE 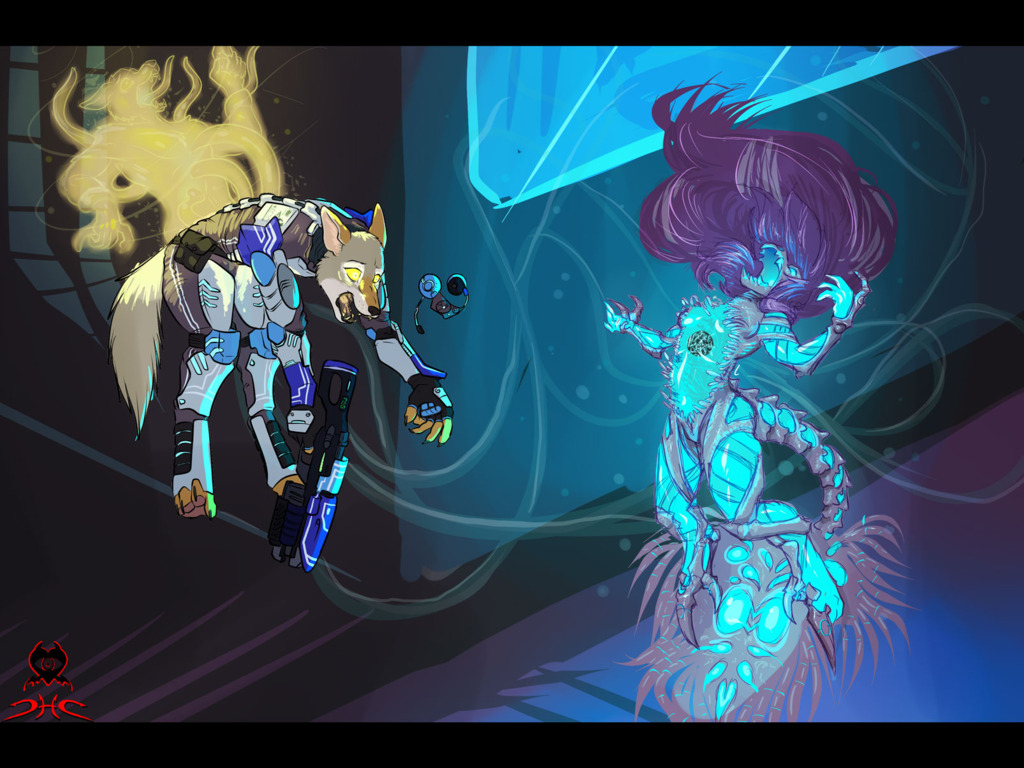 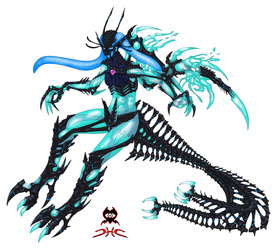 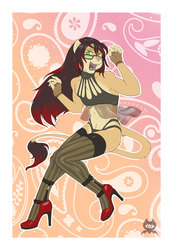 commission for prowler7 on FA

Tannis was uneasy about his current Stationing on board the research station Kharon.

When he had joined the military branch of Pantheon he had enlisted to serve as a biosphere ranger, and had enjoyed his position protecting the lush forests of Gervarii in the neighboring solar system, but the soulless corridors of Kharon.Everything he had heard about the prisoner made so sense. Supposedly It was a Ceranid terrorist from the Hyrallist movement, caught fleeing from around the outer belt of Ceran's solar system.But Ceran had been free for over five years, and there was no reason for a love terrorist to be out far in barren territory.His thoughts were cut short By the deafening Klaxon of the stations security system. There had been a breach. the whole ship shook as iff it had been hit.Terrorists? a bombing? He didn't know, but the intercom relayed a garbled and panicked message from his superiors.All troops to section 07 immediately. He ran as fast as he could.

What awaited him in Section 07 was a nightmare.Everyone was dead. the floors were charred or molten in places. there were soldiers and scientists alike slumped on the walls, or frozen on the floor in charred shapes.He hit his commlink, no response he tried several more times before taking it upon himself to go back and check other sectors.Before he even had the chance the emergency hatches shut behind him. He was sealed in with whatever did all of this.

Trying to control his breath, Tannis steeled himself and set forth.Everything was silent but something seemed off. The air smelled wrong but familiar. As the scent picked up,his fur stood on edge even under his uniform.Ozone.There was a faint light behind him, and a creaking hiss softly echoed in his ears. He whipped around and leveled his pulse rifle at the floating figure before him.The thing growled,flexing it's glowing fingers.Tannis fired only to see his bolts fizzle meters away form th horrible thing.It reared back and unleashed an agonizing wail as if it was being tortured. Tannis thought he could see something coming towards him, but the creature had not moved.there was a pressure on his chest as if something was sitting on him.what happened next was beyond his understanding.

Tannis was in pain.He felt as if all th air in his lungs had been sucked out and he was choking. what he saw before him confused him. his body was floating limp in mid air as he struggled. but he himself was behind it.A number of tendrils had impaled his body and as he struggled for air he followed them back to the thing.

they all seemed to be connected to the strange sphere in it's chest. He traced them back to his body only to see they were going through it and into whatever he was now.his own form was glowing the same warm hue and was just as transparent, before he could take any more of what was happening in there was a violent tug at his chest.He was wrenched through his body once more and launched towards that strange sphere.A flash of light followed by a sea of darkness greeted him.slowly shimmering forms took shape.Tiny glowing translucent

creatures surrounded him. they seemed to make up the very air he was in.He looked to find his body but could only see the tendril still holding him and fading into the glow below him.the sea of creatures jerked up a meeter, then another. He looked down to see where he was being led. slowly a massive form became clearer as he was brought closer to it. he could hear it's strange singing accompanied by faint screams.more glowing shapes attached to tendrils hoovered around the fearsome behemoth.he watched as a pulsing bulge erupted into a sea of teeth, and engulfed the man nearby with an ear splitting scream.more tugging. the root of the tendril he was impaled on grew closer, and he could see small crack along it separating into massive fissures lined with fangs.the roar was so loud he could make out nothing else and it mercifully shook his body so hard that he couldn't see as it drew him in the final few yards in one quick movement.The soul of Tannis knew of nothing more after that.