White Out Conditions by Rott-i-kins 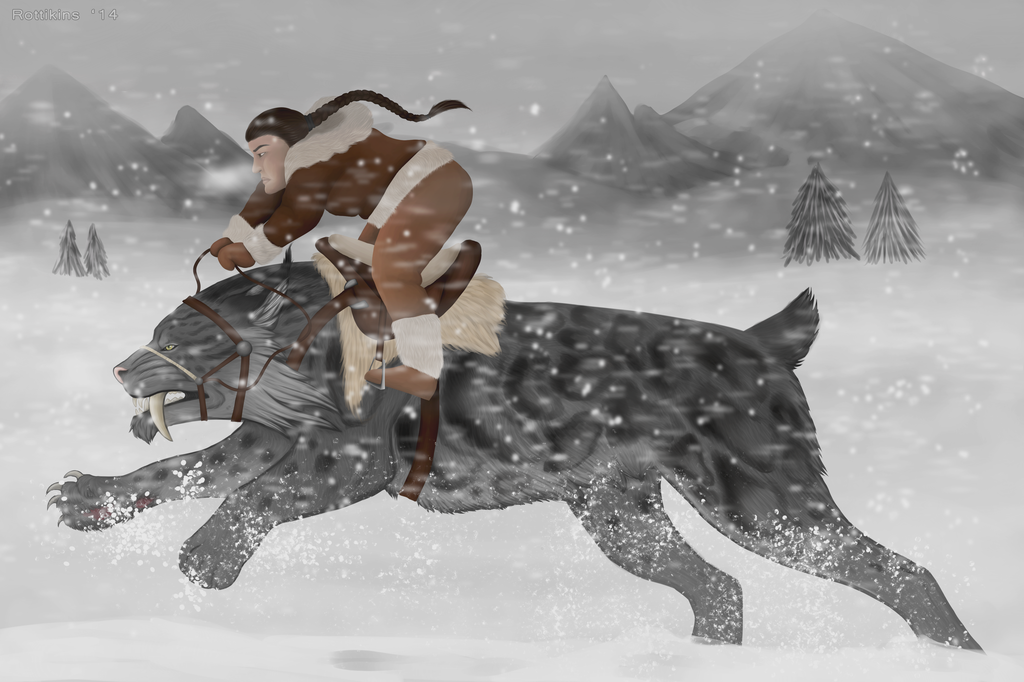 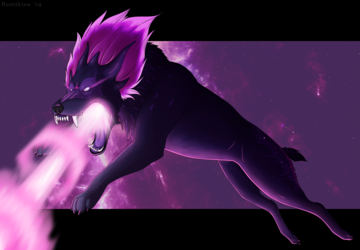 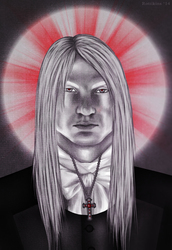 This is a huge painting. And a massive goddamn undertaking. This took me several days, I don't even know how many hours on and off. It would probably help if I didn't have such a case of artistic diarrhea though. I have all the ideas but I'm so scatterbrained at the present time it's nearly impossible for me to sit down and get something finished. I just BOUNCE from one project to another.

Sort of a style experiment I suppose? I just wanted to do something more painterly and see if I could simplify it enough that it wouldn't take so long. Fat chance. I gotta PAINT ALL THE DETAILS whenever I paint or something. I guess it's nice to have a painterly style and a more simplistic style with line art though. I'm hoping to get comfortable enough with painting to take painting commissions, but I still think I'd be pretty picky about what sort of subjects I wanted to paint though.

Also having any knowledge of how one rides giant animals several times bigger than oneself tends to hinder the artistic process when it comes to actually painting someone riding something that's not a horse.

This is Roane. I've had him as a characterthoughtbaby for a while now I just never worked on him extensively. He's a hunter in some wintery world that I don't know that much about honestly? I'm surprised this came out of my pencil, I have no idea where it came from. I guess I just felt like painting some sort of giant cat and a snow scene. Who knows.

I might develop his world a little more on my own. He should have a spear and A TON of gear on the back of that saddle including bedrolls and animal pelts, but this was enough work without rending all of that. I might do a portrait of him and his kitty (who needs a serious name) at some point.