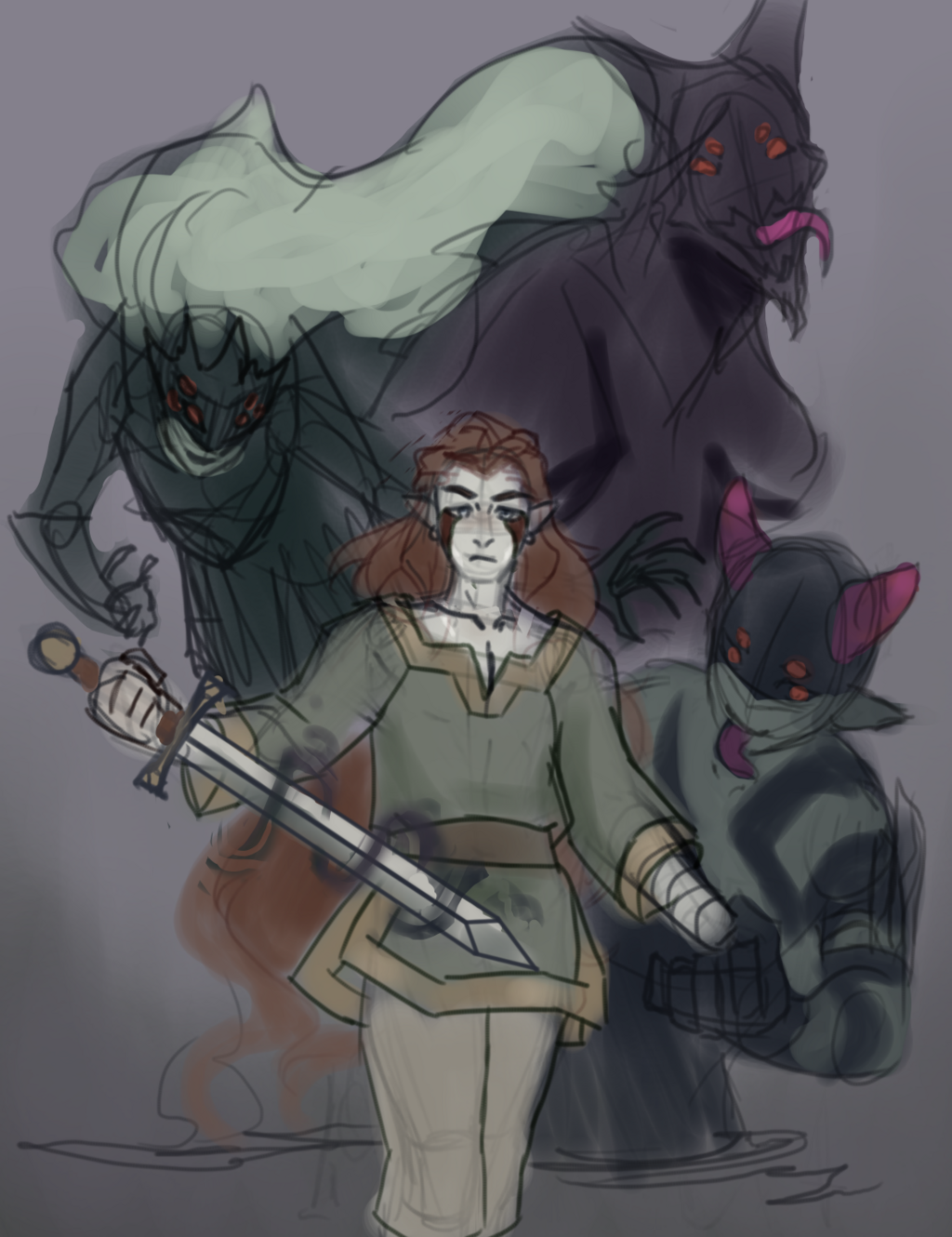 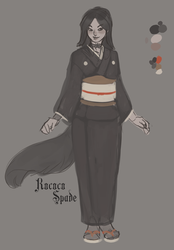 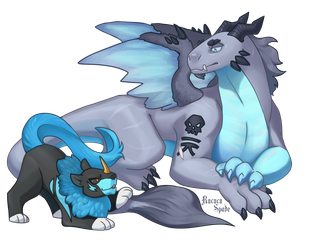 Happy Friday the 13th (a little late, it's after midnight here) though... the Ides of March is actually the 15th. In these uncertain times and such a traditionally unlucky day (for Americans anyway) I wanted to draw Tyr, who is... incredibly unlucky and might absorb some of this for us, I guess, I hope.

Everyone try to stay safe, please.

A note about the vikings: showing off your chest was considered effeminate and therefore Not Done by manly men, so Tyr is really under dressed here, to the point that he should be self conscious. Buuut he's a little occupied preparing to smite whatever has caught his ire so he'll be mortified later, I think.
The shadows behind him are Darklings, a sort of fairy that occupy shadowy places. They like his magic and follow him around so they can feed on it. Occasionally this results in them popping out and scaring bystanders senseless. Tyr doesn't mind the company (The darklings are fairies, who will follow rules to the letter after all).

Really hope I get around to finishing this one because it's a fun idea for me.