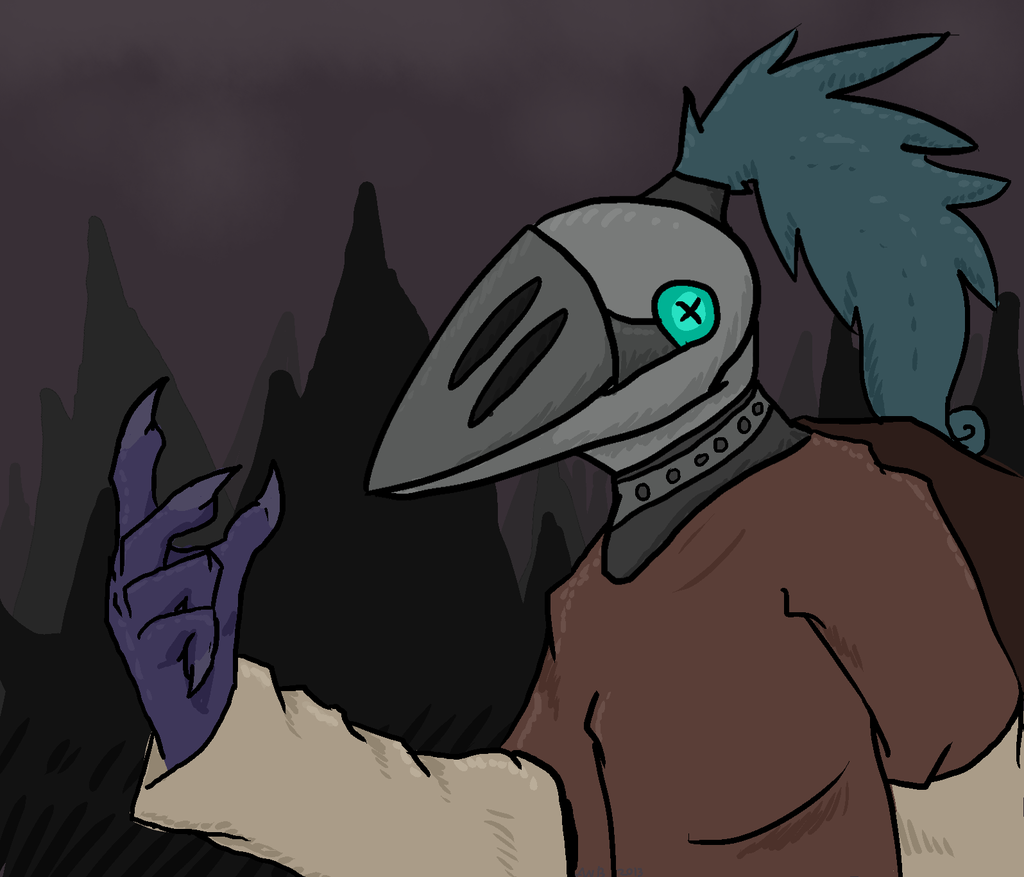 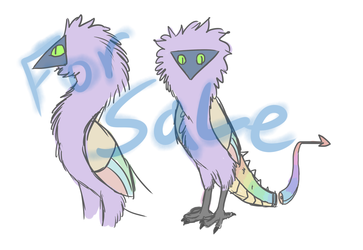 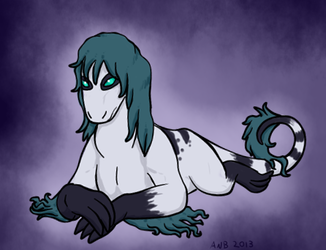 Salmost was born in the realm of Myhzan. She was born in their year of 1752, she was born in a small village off in a swamp. She was not born by completely natural means. She was an experimental cross breeding between two sentient races. When she was born, the people were horrified by what she looked like and sent her away. She was found by a cleric and taken in, raised in the church of Evali. During this, she was schooled in the arts of white magic and holy magics. She watched the knights who made some visits to the church, admiring them. She told her adoptive father she wished to join them, but he advised against it, as the world wasn't ready for her. She had to wait until her sixteenth birthday before being exposed to the people. At first she was shunned; she had to wait five more years for the people to be used to her. On her twenty first birthday she trekked off to join the Knights of the King. She trained for seven months before they accepted her. She had worked harder than most knights, being different; she had proved herself. She served loyally for years and became a skilled swordsman. Eventually, the kind ordered the poor and diseased out of his city to go off to the wastes. Salmost tried to reason with the Kind that this was a bad idea, she was raised believing it was good to help the poor and sick. The King punished her for speaking up against him, suspending her from the Knighthood. This angered Salmost, who went off to her home, a nearby cottage on the outskirts of the city. She brooded quietly, she would correct this corrupt man, she had to. It was wrong to cast the sick and poor from their homes, just because this irresponsible King wouldn't care for them. A week later she set fire to the King's libraries and killed some of his guards to encourage a rebellion. When she was captured, she was sentenced to death by beheading for her treason against the Kingdom. Her last words were "I'd rather die than serve a corrupt tyrant." before it went all black on her. Her body and head were taken away to be disposed of. A sorcerer who was visiting suggested he could 'fix' the King's ex-knight, make her obedient to the end. The King liked this idea and allowed the man to work. He fixed a metal collar to Salmost's neck and shoulders to fasten he head back, then he split Salmost's mind into two heads, an armored helmet was the second. He presented the currently dead Salmost to the kind, announcing that he could create obedient soldiers to serve beyond the grave. He attached Salmost's normal head and applied an elixir to her. It worked; as she woke, she broke free and attacked the sorcerer as the King watched in horror. She devoured him messily and fled, fleeing the land with her second head. Now many hundreds of years later, she still wanders. By most people, she is considered to be evil and unkind, an angry spirit that is out for revenge. Since her death, she has lost all ability on holy and white magics.