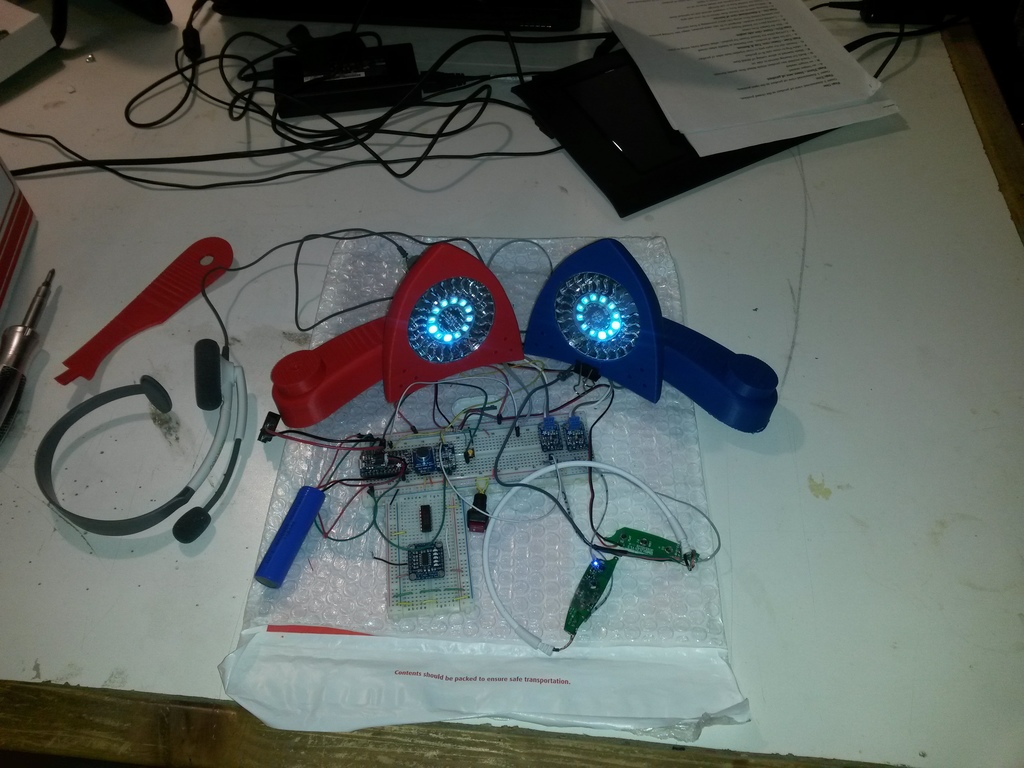 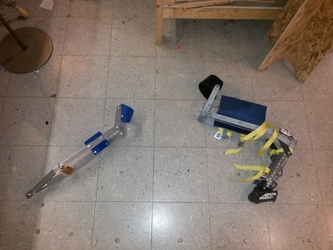 So, this is what I am trying to make for Naka Kon this year. Currently I am focusing on getting the ears made. The electronics are pretty much complete.
At the core of them is a cheap Bluetooth headset. I have attached some Adafruit mono amps to the earbud connections on the headset and those are driving a pair of 3in speakers. I also have a 3.4v Trinket Pro running some NeoPixel rings that can be switched between the ripple effect shown in the picture and sound amplitude based off of the music being played.
Almost the full functionality of the Bluetooth headset will be preserved since the boom mic from an XBox 360 headset will be connected to the mic of the Bluetooth headset as well as the earpiece from the 360 headset. There will of course be a switch to turn off the main speakers in the event of a phone call.
All of the control buttons(except the back button) will be accessible via capacitive touch zones on the sides of the headset.
The battery surprisingly lasts at least 3 or so days of constant use and can be charged via the micoUSB port on the Trinket Pro.