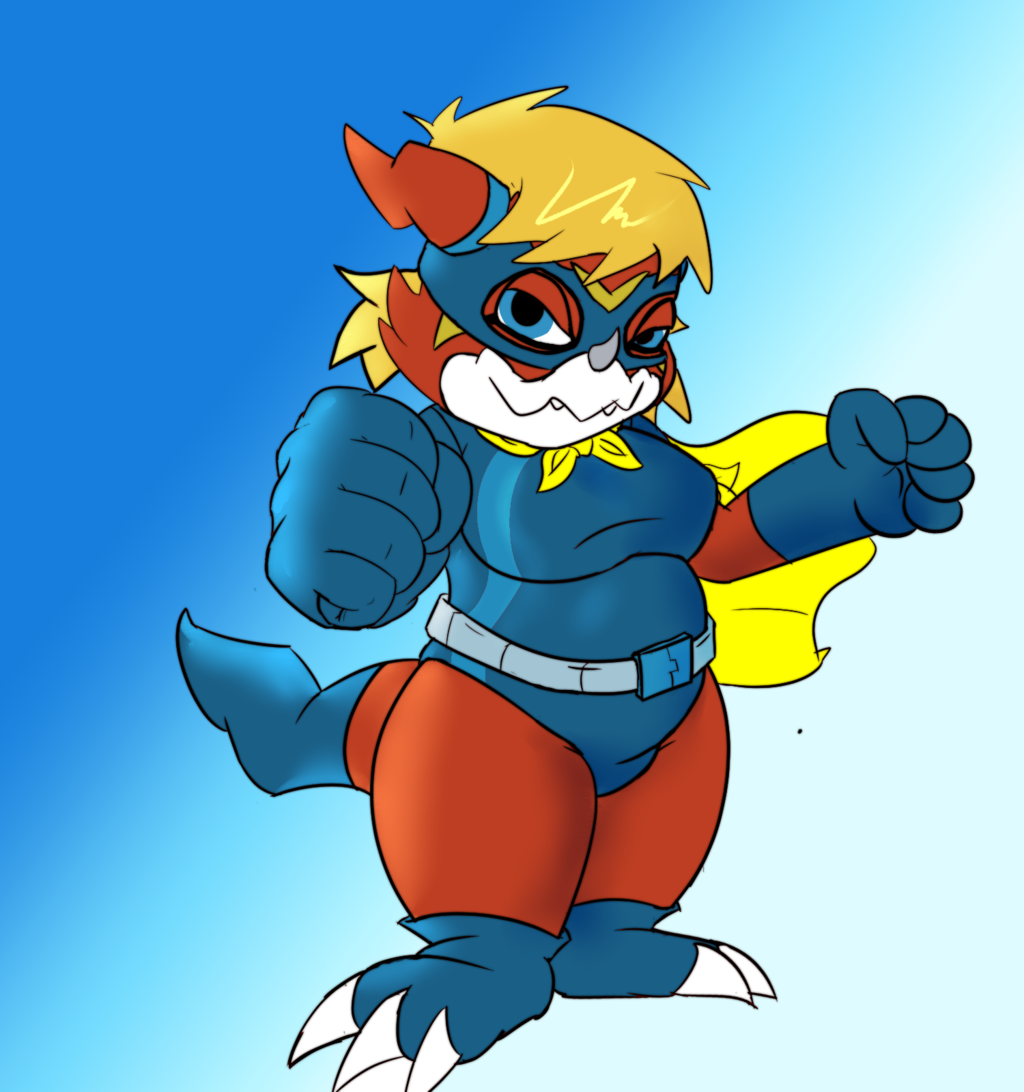 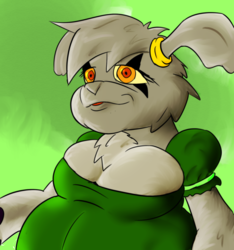 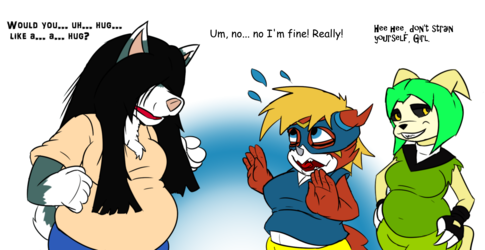 This is a character I'm using on FA as part of my ask column (which I may do more of here if there's interest.

Regina is a comic nerd endowed with a fair amount of strength. Outgoing, energetic, and sometimes quite loud, she's an amateur super hero motivated by truth, justice, and cheesy comics!

That said, she's fine with Ghost (since she's actually a merc, not a villain), and Girl... well... admittedly she took a friendly fondness of the Gaomon, plus she has to make a living somehow, even if it's working for a villain she has had to stop several times before.

-She's a bit self-conscience about her, well... thickness. And lack of height, as she's shorter than Girl and Ghost.

-And she's a bit self-conscience about her bust.

-She is a massive comic nerd, and an unapologetic fan-shipper. Comics from the human world are relatively new ground for her, though.

-No matter what hero-outfit she wears, she will try to make a cape out of a simple yellow cloth.