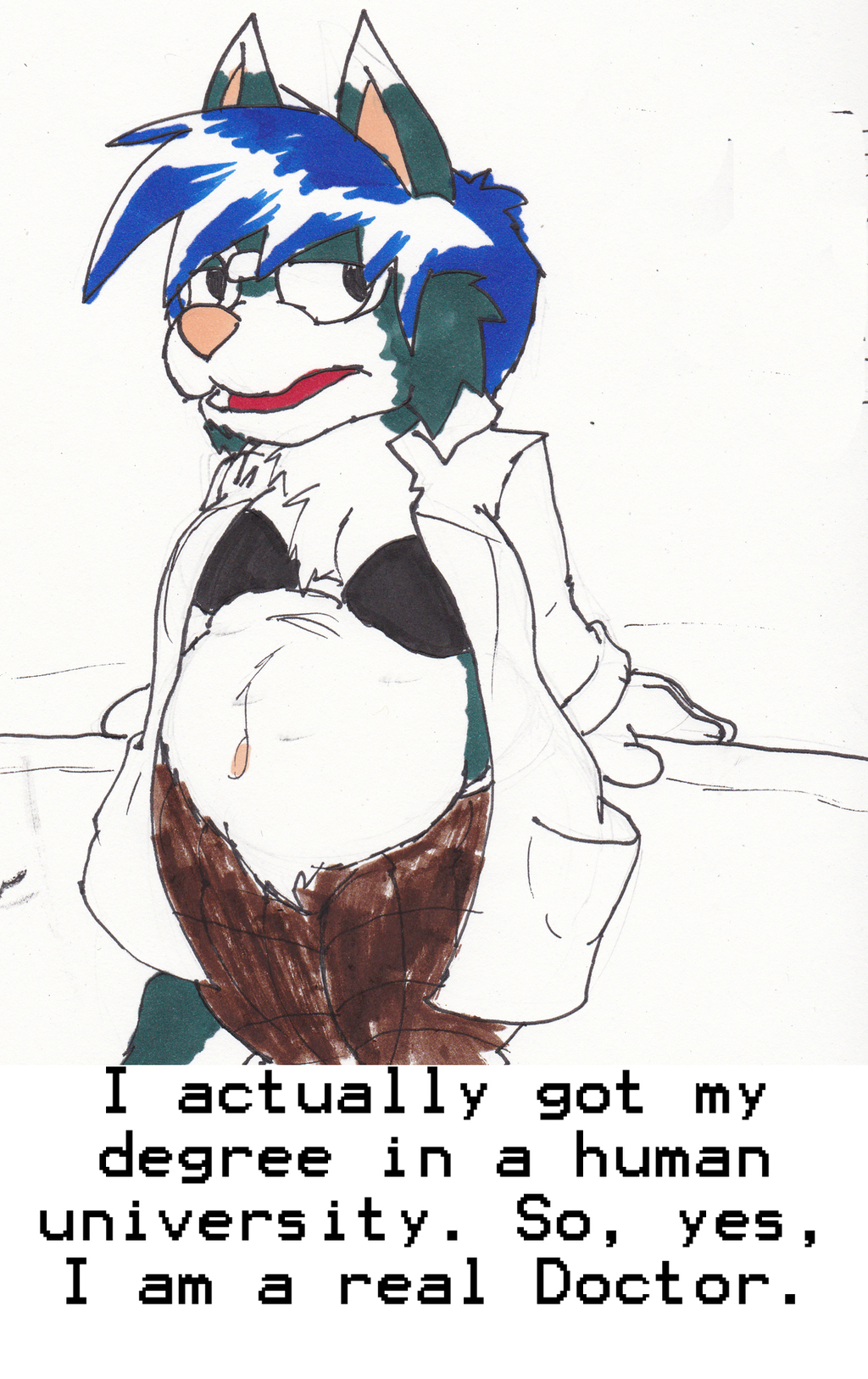 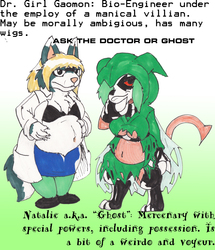 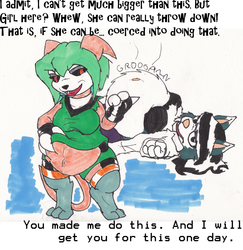 I forgot to upload this.

Scorpio the Dragon from FA asks:

Where did you get your degree?

I couldn't put the full explanation in the pic, might as well make it a text document. But, yes, I actually had planned on how to explain how Girl got a doctorates degree.

You see, pre-uni, Girl was already a fairly smart gaomon, but she had ADD, so unless she had her medicine, she had issues with focusing on things. And then one day she decided to learn how to make her own meds. To do that, she needed a number of holographic disguises, some knowledge of the human world, and some computer hacking skills. Tuition? Oh, she figured out a way around that. Free ride!

"Girl" was a self given name, by the way. She didn't know what to be referred by so she went with "Girl".

She had spent years in disguise, taking classes and living on a diet of ramen noodles and junkfood (no, that's not how she got... most of that weight on her. That's another story altogether) and gaining an inadequacy of her lack of hair. Once she graduated, she went back to the digital world and used her skills to become a skilled scientist.

And eventually landed herself a job under a villain. Such is life. Considering how much she lied and scammed her way through college she doesn't see herself as a moral arbiter.